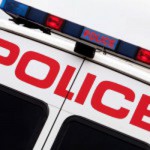 POLICE are investigating claims a speed camera van did was used without an MOT certificate – meaning hundreds of motorists could escape conviction.

Northern Constabulary have been accused of “shocking hypocrisy” after a former officer claimed the vehicle was on the road illegally for six weeks.

Ian MacColl, who was formerly based at Fort William police station, claimed the Northern Safety Camera Partnership vans were being used as “money-making machines”.

The lorry driver, from nearby Inverlochy, said: “If I had been convicted recently in Lochaber I’d certainly be contesting my fine.

“There’s no way they should have been booking people with an out-of-date MOT.

“Sometimes the hypocrisy of my former colleagues is absolutely shocking.

It is understood the certificate was renewed in Fort William last week by bemused garage staff.

A Fort William based lawyer, who frequently represents drivers facing speeding fines at the local sheriff court, said recent convictions could be overturned.

The lawyer, who did not wish to be named, said: “Every criminal case depends on credible and reliable evidence.

“In a speeding case where a camera van is involved, reliable evidence has to be given of not only the speed detected at the time but also the checks that have to be made before and after the camera device is used that day.

“If the camera operator, who is normally the driver of the vehicle, does not have a valid MOT, in any contested case his reliability to do the other checks would have to be called into question.”

Speed camera vans, operated in partnership with Northern Constabulary, are often seen at Glencoe, Letterfinlay and on the A82 leading to Fort William.

A police spokesman said: “Northern Constabulary is examining a question raised regarding the fleet documentation of a Northern Safety Camera Partnership vehicle.

“It would be inappropriate to comment further while this investigation is ongoing.”