BBC bosses have been shamed into improving the eating habits of one of Scotland’s best-loved children’s TV characters.

The show – made by the Scottish team behind Balamory – featured a three-year-old girl Tig who lived on fish fingers and ketchup. 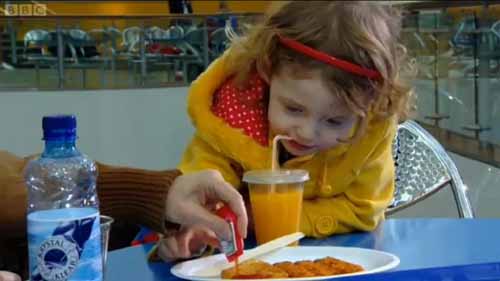 Tig gets ready to tuck into her favourite lunch of fish fingers.

But after Nairn hit out at the show – accusing the BBC of “creating a subliminal message that unhealthy foods are OK” – the junk food has been junked.

Tig now tucks in to sandwiches packed with salad and plates piled high with fresh fish, wholegrains and a variety of colourful vegetables.

In one episode, Tig walks up Arthur’s Seat, Edinburgh, stopping to ask her dad for tomato sandwiches.

And in another instalment,  Tig is seen wolfing down fresh fish with vegetables and fresh fruit juice without complaining.

Helen Doherty, Producer at Tattie Moon, the company behind Woolly and Tig, admitted healthy eating had become more of a focus for the programme’s second series.

She said: “We always said we would take what Nick Nairn said on board and we have.

“We are focusing more on healthy eating this series, so I hope that the audience and Mr Nairn can be satisfied with that,

“I think it was very easy to focus on something negative, and I do think we reflected healthy eating in her diet before, fish fingers are fine as part of a balanced diet.

“But it is fair to say that she now eats a healthy variety of food on the programme.” 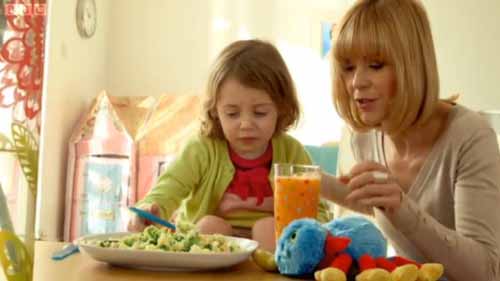 Tig enjoys a much healthier diet in the second series of the hit show.

Nairn, who recently campaigned on behalf of school dinner blogger Martha Payne, said last year: “It gives me cause for concern because the programme is being shown to children who are at an impressionable age when it comes to eating habits and this programme is creating a subliminal message that unhealthy foods are OK to eat.

“It certainly doesn’t help parents who are trying to help their kids to have a healthy diet. Just put some green stuff on the plate” 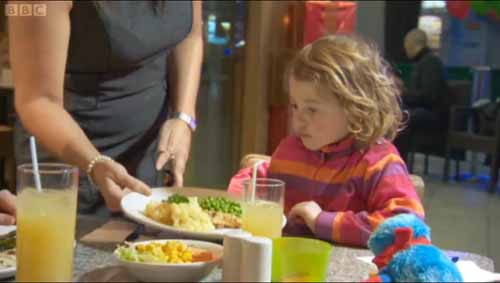 He said: “It is a positive move.

“I would congratulate the show and I hope it will encourage children to increase the variety of fruit and vegetables they eat and to ensure they have a healthy diet.

“I do feel that BBC programmes could be doing more to encourage healthy eating, and celebrity chef programmes do tend to focus on the arty, and not so much on the importance of vegetables.

“But this programme is absolutely taking a step in the right direction. For children it is so important that they have a balanced diet and that they ask their parents to cook them vegetables.” 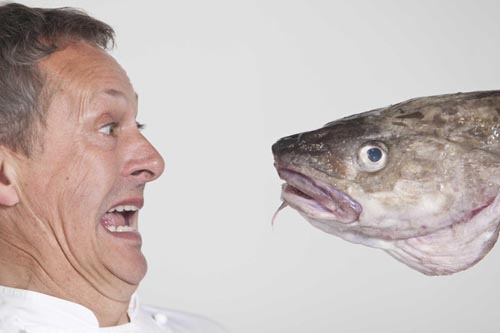 Nick Nairn received criticism on Twitter following his comments, including from McCredie who argued his daughter ate a healthy diet in-between takes of the show.

He also accused Nairn of being a self-publicist and created the sarcastic #fishfingergate hashtag, encouraging his followers to tweet the celebrity chef in defence of Tig’s diet.

The chef last night declined to comment on the BBC’s U-turn. A source close to the chef suggested he was concerned about the backlash his original comments had sparked.