Dog reuinted with owner 10 days after “dying” in a foxhole

A TERRIER has been reunited with her delighted owners 10 days after “dying” in a foxhole.
The owners of the dog – ironically named Vixen – even put a RIP notice online informing friends and family their pet was dead.
But the determined pooch spent days digging herself out of what everyone else had assumed was her tomb. 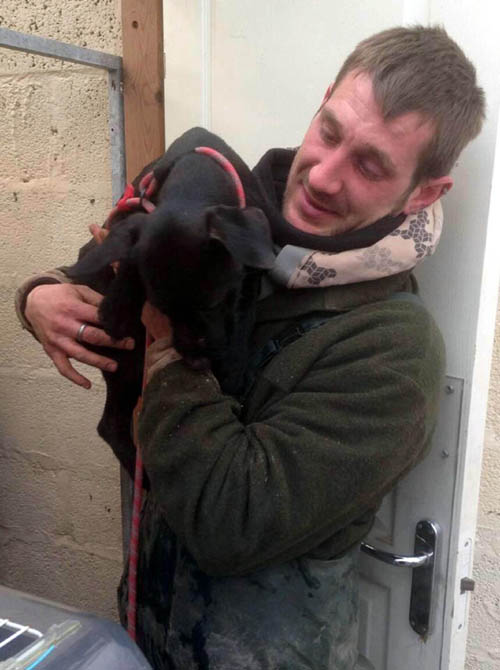 Craig Wilson was delighted to be reunited with Vixen.
The freezing, hungry and bedraggled two-year-old Patterdale terrier then walked two miles to the car park her owners normally used – and sat down to wait to be picked up.
Angela Gray and Craig Wilson spent days trying to get Vixen out of the hole near a quarry on the outskirts of Galashiels, Scottish Borders.
They asked the fire brigade to help dig Vixen out but were told the ground was too unstable and rescuers’ lives would be at risk.
After four days, a dejected Craig made a sad pilgrimage to the site and  left a note saying: “Love you lots Vixey girl, rest in peace lass.” 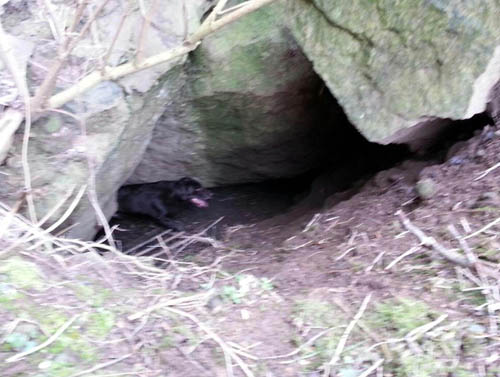 Vixen on a previous mission down the foxhole.
Angela, recalling the day her pet “died”, she said: “We were out walking Vixen when she ran ahead of us and started digging into a fox hole.
“She ended up underground and we spent hours trying to dig her out.
“Then all of a sudden the barking stopped and we thought the worst.”
She added: “We called the fire brigade, but because the hole was near a quarry they said it was too dangerous to dig the place up.
“There was nothing else left to do. We kept going back over the next four days and calling Vixen’s name, but we were met with silence.
“We thought she’d suffocated.” 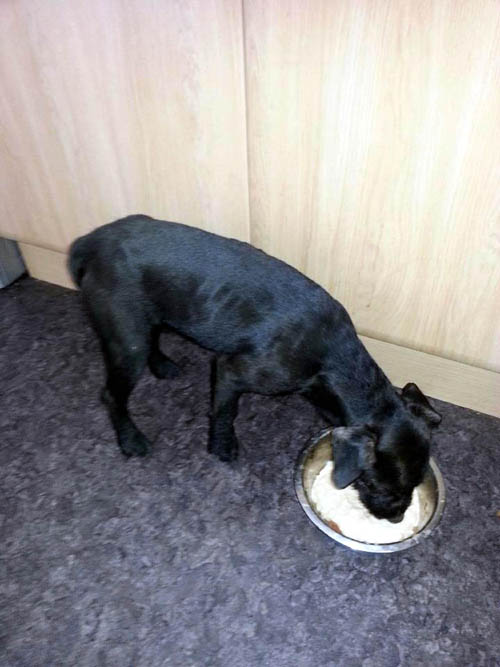 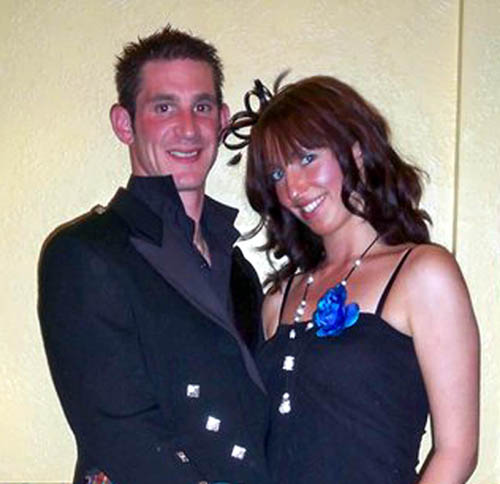 Craig with his girlfriend Angela.
Craig wrote on Facebook: “You never know how much a dog really means to you until its gone.
“Missed but not forgotten – you will take pride of place in my heart.”
Despite having no food or water for almost a fortnight, Vixen somehow managed to dig her way out.
She then walked two miles to the same car park where the fateful walk had started, sat down, and waitred.
A member of the public who recognised Vixen notified the Arthurshiel Rescue Centre near St Boswells.
Staff collected Vixen and checked her over where she was then reunited with her owners.
Angela added: “When the centre rang Craig’s mum and told her they’d found Vixen I couldn’t believe it.
“The dog was parched, she hadn’t had any food or water for 10 days and could barely walk up the stairs as she’d lost all her muscle.
“She’s slowly getting back to normal now and she’s so happy to be back with us and our other dogs Zeus and Scrappy.
“We’re so relieved that everything was well in the end.” 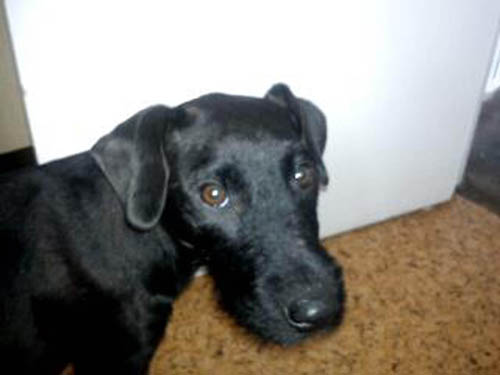 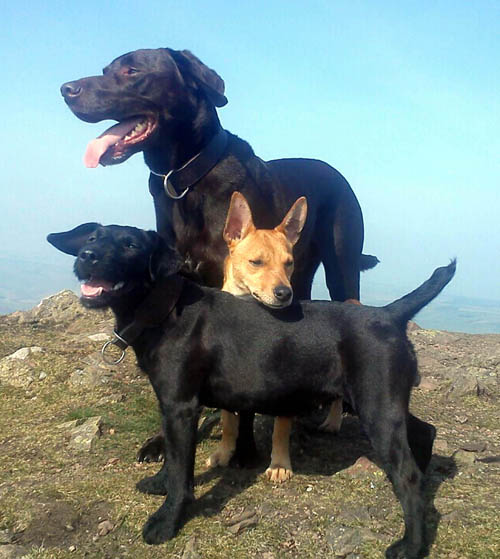 Craig “couldn’t believe” that Vixen had survived.
On the animal centre’s Facebook page Craig expressed his thanks to the team and said he “couldn’t believe” that Vixen survived.
He wrote: “Thanks to the team and also to Alana White and her uncle – I have my little lass home and tucked up in her bed with a full tummy.
“She is glad to be home with the rest of her pack and Angie and I are overwhelmed by it all.
“I just cant believe this miracle has happened. I would like to think that it was her family and pack that kept her going for those long and terrible 10 days.
“Thanks again to all involved with my wee vixens return.”
Share
Facebook
Twitter
Pinterest
WhatsApp
Linkedin
Previous articleWork-shy Scots use A&E for a sick note
Next articleScots would be happier if the clocks were changed at the start of March