Philpott was jailed for 17 years last week after causing the death of six of his own children in a deliberate house fire.

Kelly said she thinks the killer should spend his days “looking over his shoulder in fear and terror of reprisals from inmates”. 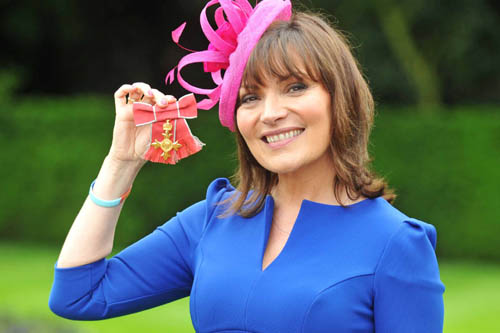 The Daybreak presenter, who has an OBE, said she was usually against the death penalty, but would bring it back for “monster” Philpott.

She said: “I am not usually in favour of the death penalty but in his case I would be prepared to make an exception, and I hope he is forced to spend his days either in solitary confinement or looking over his shoulder in fear and terror of reprisals from inmates sickened by his crimes.”

She continued: “In the case of the monster that is Mick Philpott I sincerely hope that life imprisonment actually means that he will rot in jail and never see the light of day again.

“He has shown absolutely no remorse for murdering six of his children and was only sorry that his cack-handed scheme to rescue them from the inferno he started deliberately didn’t work.

“He stood by and watched his children burn while friends and neighbours tried to save them, and then cried crocodile tears in front of TV cameras.

“Its impossible for us to even begin to imagine what goes on inside the head of such a vile excuse for a human being.

“As well as being a cold blooded killer, he has a violent past, serving time for a brutal attack on a former girlfriend. He has also been accused of rape and became notorious as a benefits scrounger after appearing on TV.

“He bullied and manipulated everyone around him, including the mothers of his 17-strong brood of children.

“These kids clearly meant nothing to him, other than as a source of benefit handouts.

“If there is any justice he will be locked up for good, although it does rather stick in the craw that we have to continue to pick up the bill for his bed and board,” she added.