THE unclaimed remains of thousands of dead Scots are to be scattered without permission into mass graves.

The ashes of around 8,000 urns a year go unclaimed by relatives at funeral homes across the country – with some kept in vaults for more than 50 years.

But new regulations, due to come into force within a year, will mean ashes that have lain unclaimed for more than five years will be discarded. 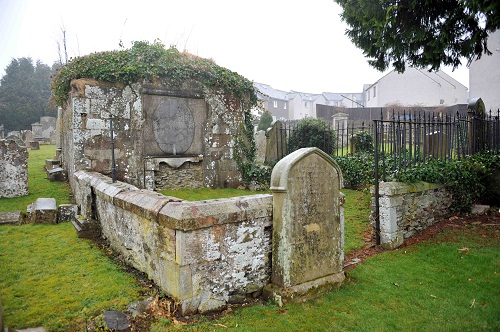 The controversial plans have been backed by the National Association of Funeral Directors that represents 85% of professionals in the UK funeral industry.

But critics have warned the new rules could cause conflict with families affected.

Richard Powell, from the Federation of Burial and Cremation Authorities (FBCA) said scattering ashes without a family’s permission could be troublesome.

He said: “Scattering ashes without consent could be deeply divisive.

“Our members could be potentially conflicted by these new plans and could refuse to carry out scattering the ashes at their sites.

“The reason the ashes have been passed back to the funeral directors is because the next of kin have indicated they want them kept.

“If we then scatter them without consent it could cause conflict with the families of the dead.”

Many funeral homes struggle to deal with the volume of un-collected ashes.

An inside source said: “Some homes have hundreds lying about the place.”

In 2001, Jonathan Harvey funeral directors in Glasgow scattered the remains of more than 100 unclaimed caskets of ashes into the Clyde – the first ceremony of its kind in Scotland.

A spokesman said: “We consider it good practice to take care of the ashes until we receive clear instructions. Inevitably some are forgotten or the family moves.”

In December it was revealed that Mortonhall Crematorium in Edinburgh had been disposing of the ashes of dead babies in its grounds without letting parents know.

A BBC documentary aired last week revealed the problem could be widespread across the country.

Personal injury lawyer Sarah Smith, who represents the Mortonhall families said: “These new plans re not against existing laws but they are a grey area and could cause upset.”

A Scottish Government spokesperson said: “The powers from the Certification of Death (Scotland) Act 2011 are being enacted over the next year, but this focuses purely on certification of death. Burials and cremations are not covered as part of this work.

“The issue of storage and disposal of unclaimed ashes is a matter for the funeral industry.”

Dominic Maguire, of National Association of Funeral Directors, added: These rules are set to be adopted within the next year.”