A BABY found abandoned next to a block of Edinburgh flats has been named Charlotte after the police officer who rushed her into hospital.

Midwives say the newborn, weighing a relatively small 5lbs 7oz, is “feeding well, sleeping well” and appears to be healthy.

Doctors have given baby Charlotte antibiotics as a precaution after her dramatic arrival at the hospital on Thursday. 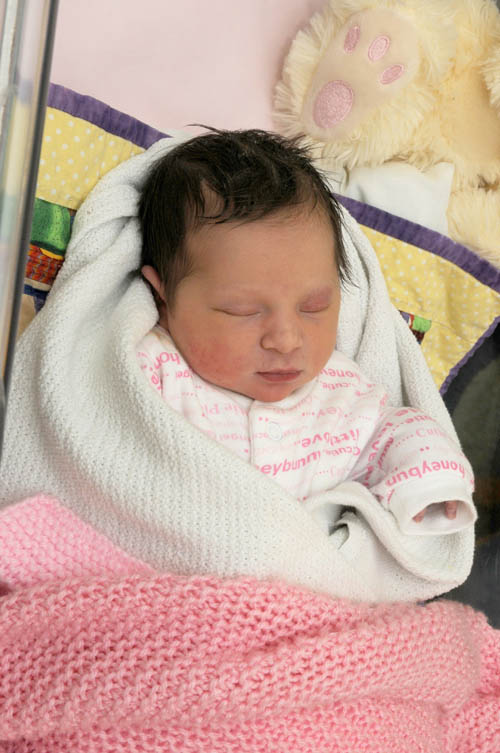 Staff at Edinburgh’s Royal Infirmary are still desperately trying to track down the newborn’s mother who left the baby girl in the Wester Hailes area of the city, behind a block of flats called Kilncroft.

Shocked neighbours discovered the baby yesterday when they heard its desperate crying from the windows of their Edinburgh homes.

The infant had been washed before being wrapped but there was no sign of the mother.

The child had been left on top of a metal bench directly beneath the building and may only have been there for 30 minutes.

Although the temperature was no higher than a chilly 8 degrees centigrade, police said the blankets had kept the baby warm.

Speaking today (Friday), Maria Wilson, chief midwife for NHS Lothian, said the baby seemed to have been unaffected by its traumatic ordeal.

She said: “She is doing really well and being looked after by the neonatal unit. She looks like a full term baby. I think she is fairly newborn, it’s hard to be too specific, but she looks like a healthy, newborn baby.

“It’s been a long time since a case like this has happened. Because of the situation she arrived in she has been given an antibiotic as a precaution.

“She was in a good condition when she arrived, it doesn’t seem to have affected the baby and she was in a very comfortable position. She was admitted straight away to the A&E and all her newborn baby checks have been fine.

“She is doing all the things we expect a newborn baby to do.

“She had a very restful night, is feeding well, sleeping well, and she is warm and happy – she’s OK.” 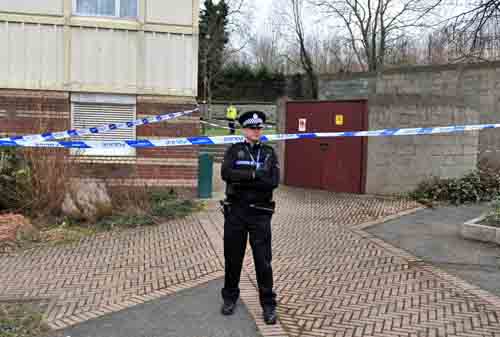 Poor nutrition and a lack of antenatal care in pregnancy can be contributing factors to having a lower weight infant. Teenage mothers are also more at risk of having a small baby.

Miss Wilson said the hospital was very worried for the new mother’s well-being.

She said: “Any new mother is at risk after having a new baby. There can be bleeding and are open to the risk of an infection. These are normal risks associated with any woman after she has had a baby.

“Complications happen and if she does have them then its very important she does contact us.

“There is a lot of support available for her baby, but it’s very important that the mum contacts us. It depends on her age the help she will get.

“If mum contacts us then we can offer her confidential support and help her access other services.

“We just really want to reunite this beautiful baby with her mother,” she added.

Local residents have spoken of their shock following the discovery.

Lawrence Liddell, 59, who is unemployed, discovered the baby lying on a metal bench while with a friend called Rosemary.

Mr Liddell said: “We really couldn’t believe it when we found the baby. It was a really tiny newborn wrapped up in a blanket – she wasn’t wearing anything underneath.

“I had met my friend in the hallway of the flats and we started walking along together because we were both heading out to visit our mothers.

“As we were walking along we saw the baby. She wasn’t crying and she didn’t appear to be in any kind of distress.”

The baby could have been lying there for 30 minutes in temperatures of around 9C.

He continued: “The whole thing took us totally by surprise. My friend held on to the baby and I went and got the concierge from the flats and the police.

“We think the mother must have wanted the child to be found judging by where she had left it. Thank goodness the baby was found unharmed.

“I hope the mother is found. Who knows what kind of a state she is in?” 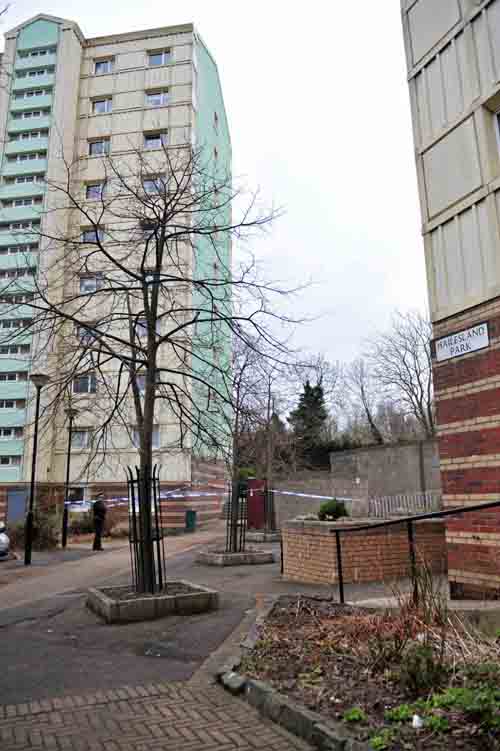 The baby girl was discovered on a park bench Photo: Deadline News

Care worker Monika Tyrrell, 70, who lives nearby, said: “I feel so sorry for the mother. Something serious must be the matter for her to do something like this.

“Whatever the situation, I hope she can be reunited with her baby She could have had some kind of a breakdown.

“People walk past that bench all the time, there’s a lot of movement. There’s no-one around this area that I know of who looked like they might be pregnant.”