A SCOTTISH primary school had to be evacuated today after a bag of World War Two grenades was found in its grounds.

Staff and pupils at Macmerry Primary School in Tranent, East Lothian, were evacuated at 8.30am after building work in the school grounds uncovered the artillery dating back to the Second World War. 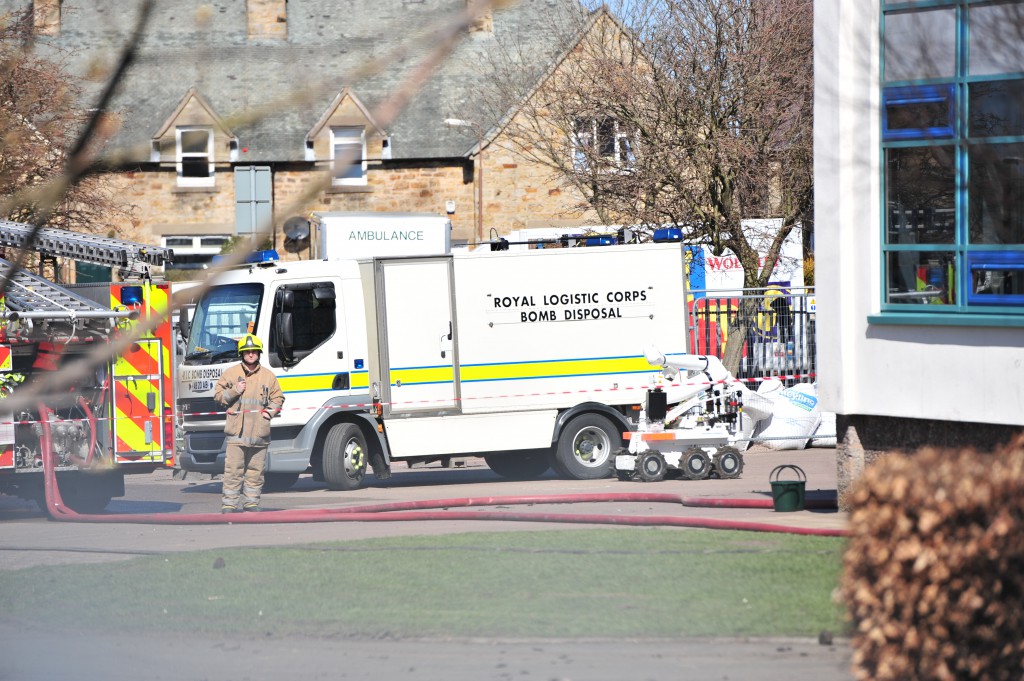 The tiny school, which has just 100 pupils and six teachers, was cordoned off on Friday, with around 30 children being supervised by school staff in the local village hall.

Police, fire crews and bomb disposal experts were at the scene while the WWII white phosphorus grenades were disposed of.

During the Second World War, Tranent, and its surrounding areas, were heavily used by the army.

The site where Macmerry school now sits was an airfield during the war.

A spokeswoman for Fire Scotland said they were called to attend this morning, and were still at the scene as work was underway to remove the object.

She said: “We were asked to attend by police this morning after an excavation in the school uncovered suspected World War II artillery.

“We had six appliances plus a special detection monitoring vehicle there. We were standing by with a charged hose in case anything happened as a precaution.

“We still have appliances there as they try to remove the object.”

A spokesperson for East Lothian Council said that the school would remain closed for the remainder of the day as they disposed of the artillery.

They said: “Children who had already been dropped off by parents are with teachers at the village hall – the majority of children went home with their parents.”

She confirmed the grenades were “Second World War white phosphorus grenades” and said they would “set off smoke screens or a flare so people could see them and land planes.”

She added: “They are made of phosphorus which is quite an unstable element, so after being there for all these years they could have posed a risk.”

A Police Scotland spokesman said: “Police in East Lothian are in attendance at the Macmerry Primary School after suspected World War II artillery was unearthed during excavation work at the rear of the building.

“A cordon is in place and the Emergency Ordinance Disposal unit are also in attendance.

“The school has been evacuated as a precaution.”