A TEENAGER yesterday showed off his amazing new £30,000 bionic arm.

Delighted Patrick Kane can instruct the “i-Limb” to carry out a vast range of tasks via his mobile phone.

The artificial arm gives the 16-year-old – who lost his left arm to meningitis as a baby – 24 movements including a handshake, pinching and a trigger movement. 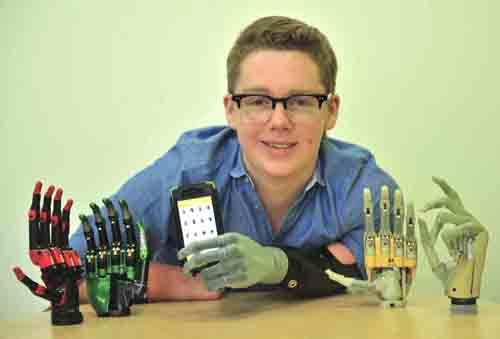 Patrick, from London, can now do things that were previous impossible or very difficult such as cutting up his own food.

Thanks to the company from Livingston, West Lothian, who supplied the arm, Patrick can now realise one simple ambition – joining his school woodwork class.

The arm, which detaches to be charged every night, has enough power for a full day’s operation. 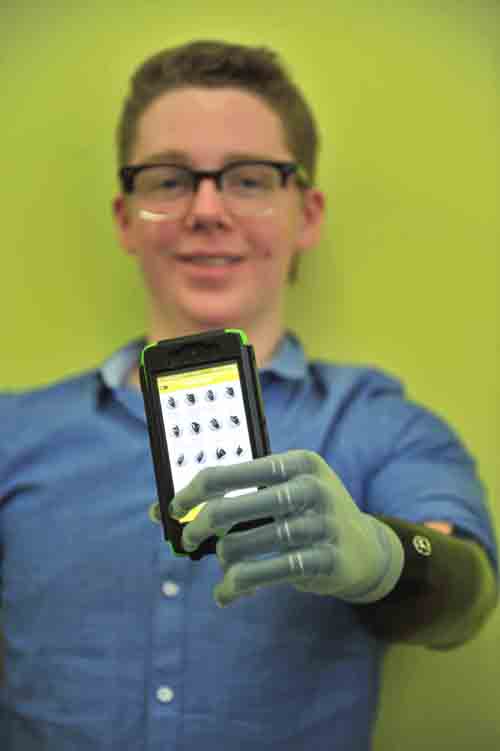 Patrick said: “When people used to see my hand before, they would go ‘Oh’, but now they see my new hand and go “Ooooh!’”

It works via an iPhone or iPad, sending instructions directly to the arm.

Patrick said: “Controlling the hand feels very natural although it does take a bit longer to learn how to use the automatic grips and gestures.” 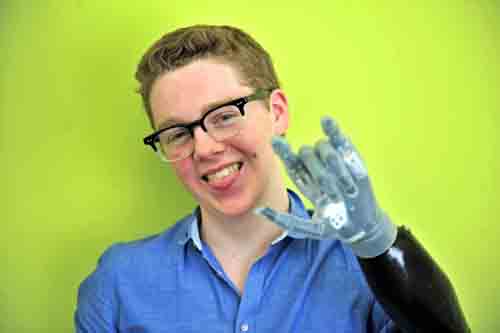 “It’s the little things that are important like being able to hold a glass while you pour into it or being able to cut up the food on my plate rather than having someone else do it for me.

“When I go back to school after the holidays I’m looking forward to tech class because I have never been able to do things like hold a centre punch and a hammer at the same time without help.”

Patrick lost his right leg below the knee, all the fingers on his left hand and parts of each finger on his right hand after being struck with a form of meningitis shortly after birth. 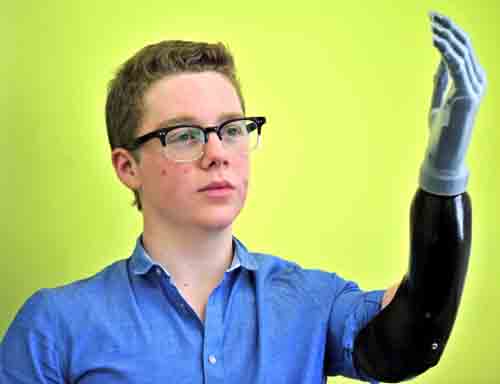 He was held in intensive care at St Mary’s Hospital for three months as doctors battled to save him.

He said: “When I’m wearing my i-Limb with a long sleeve you wouldn’t know it’s not my hand – apart from the fact that it’s black.” 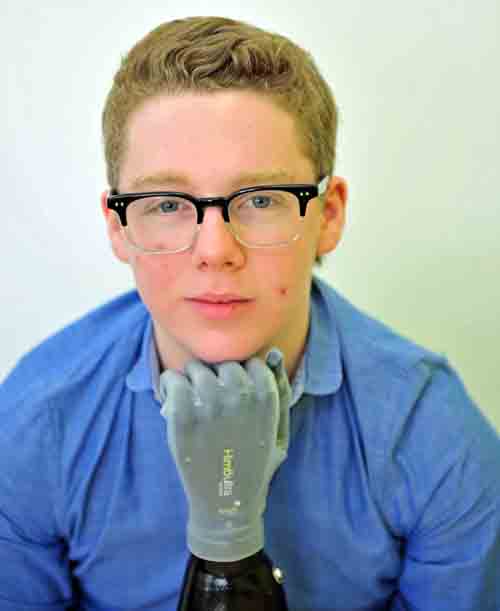 Danny Sullivan from Touch Bionics who designed the limb were delighted to help Patrick achieve independence.

“Previously, prosthetics were quite prescriptive – they could only pinch to grip things.

“The cost depends on the complexity of the training and the fitting of the unit which are taken into account. 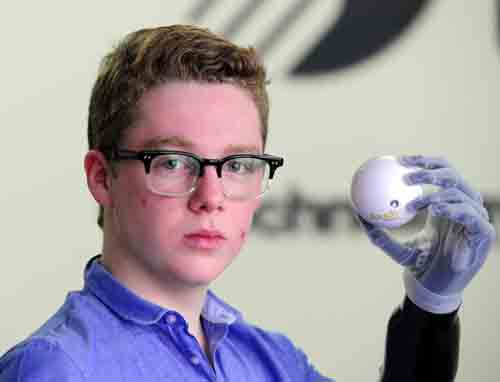 “It can take up to a week to measure up, fit and do the training for the limbs, but because Patrick already had an arm he was fitted yesterday and leaves today.”

Training is to get used to the limb and working the muscles along with the app. 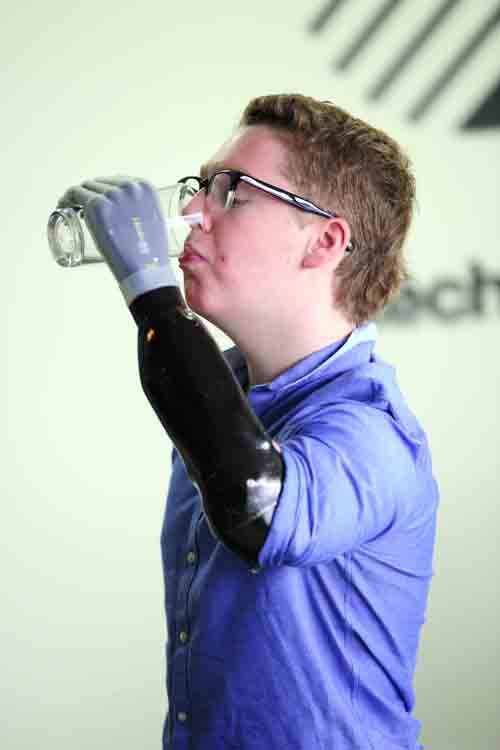 Mr Sullivan added: “At the moment the app is only on IOS, so an apple Iphone or Ipad.

“In the similar way which you would charge your mobile phone at night i-Limbs get a days worth of charge and then they will have to re-charge it at night, although it only takes a couple of hours to do this.

“Patrick is talking about using it for tying shoe laces and cutting up his food, or using it to hold the rowing machine at the gym so he isn’t going to be straining the battery.” 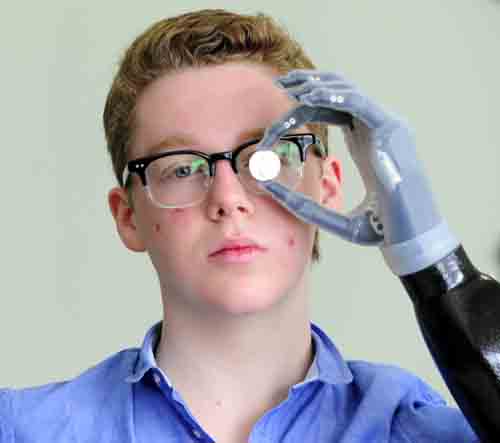