SCOTLAND’S salmon industry has been linked to the killing of more than 300 seals in 18 months, new statistics have revealed.

Scots are being urged to boycott the country’s salmon business after Government data, released through Freedom of Information, has named the locations of fish farms where 346 seals were culled. 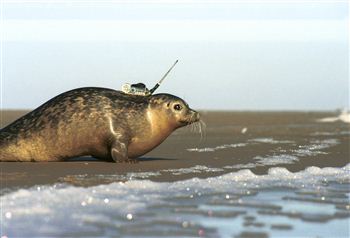 They argue this puts the salmon industry at risk, with 155,000 tonnes of salmon farmed each year, annual exports worth £285m and 6,000 jobs.

But animal campaigners insist culls are unnecessary and inhumane.

Martin Shaw, TV actor and animal campaigner, said he was “horrified” by the disclosure that so many seals are shot to ensure the supply of cheap salmon.

He said: “Following on from the shameful demonising of badgers in England, now we have yet another example of a modern war on wildlife in the British Isles to protect the profits of farmers.

“Next time you’re at the checkout, how do you know that the salmon in your basket isn’t essentially drenched in seal blood? The best thing you can do to end this bloodshed is to simply boycott this intensive and cruel industry.”

Among the fish farm companies responsible for killing the most seals is Scottish Sea Farms, which supplies Marks & Spencer with farmed salmon for its Lochmuir brand.

The greatest number of seals killed at a single site, 18, was at a site at Lax Firth, Shetland, run by Grieg Seafood Hjaltland.

The Government data, requested via FOI, was released by Don Staniford of the Global Alliance Against Industrial Aquaculture.

He said: “The public, chefs and supermarkets can now choose to boycott trigger-happy salmon farms which kill seals.”

John Robins, secretary to the Save Our Seals Fund, said: “When you buy Scottish salmon you pay for bullets to shoot seals. It is ludicrous and shameful that the Scottish government is freely issuing licences to allow salmon farmers to kill seals when the majority of these floating factory fish farms do not use proper anti-predator nets.”

A spokeswoman for Scottish Sea Farms, said: “Predator nets can entangle marine mammals and birds and are not a panacea to seal attacks.

“Only when all suitable means to protect the welfare of our salmon have been exhausted will a seal be destroyed.”

He said: “There are however, occasions when seals and other predators evade these measures and cause significant fish kills or damage and loss to the farm. In these circumstances, and as a last resort, the farmer is obliged to use the licence he holds.”

A Scottish government spokesman said: “The number of seals shot under licence in 2012 by fish farms and fisheries combined was well within safe biological limits and represents 0.3% of the total common and grey seal populations. There was an overall reduction of 5% in the level of shooting in 2012 compared with 2011.”