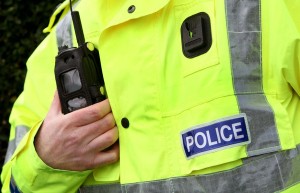 A 13-year-old boy has been charged with the rape of an eight-year-old girl on a bus.

The teenager, who cannot be named for legal reasons, is among the youngest in Scotland to be charged with rape.

The case has been referred to the Children’s Reporter and may be taken to a Children’s Hearing later this year, if sufficient evidence is produced.

The incident is said to have taken place in Kilmarnock, East Ayrshire.

The severity of the charge meant he could have been tried as an adult, but this option was not considered to be in the public interest.

The incident allegedly took place last November, but was not previously made public as a media appeal for information and evidence was considered unnecessary.

However, details of the incident have since emerged after a Freedom of Information request made to Police Scotland seeking details of all crimes recorded on buses in Scotland between April 1, 2012, and March 31, 2013.

The response revealed that 1356 offences on buses were reported to police in Scotland in the last year, including 237 assaults, 22 sexual assaults, 174 acts of vandalism, 34 thefts and muggings, and 25 alcohol-related offences. One such offence includes the alleged rape of a 14-year-old girl by two men on the upper deck of a bus in Glasgow in March this year.

John McCormick, chairman of the Scottish Association for Public Transport, has called for buses, particularly double deckers, to be fitted with emergency alarms.

He commented: “It’s incredible to think that some of these crimes can be going on while the bus is happily being driven along by a driver who is only a few yards away from where it’s happening.”