SCOTLAND’s first spice-packed “Indian cocktails” will be set on fire in front of drinkers, a new bar says.

The unique cocktails have been designed by an Edinburgh restaurant Mithas, where drinkers can try a variety of cocktails packed with Indian spices.

One of the cocktails, dubbed “the French Connection”, contains nine different spices and is flambeed for added effect.

The new bar is the first of its kind to serve “Indian” cocktails, which include spices from the subcontinent.

Kate Mezpa, Mitha’s mixologist, said: “Indian food is very rich flavoured by nature and so the drinks to accompany it should match.

“One of the cocktails which is selling really well at the moment is called the ‘French Connection’ which might seem a bit strange but there is a story behind it.”

The mixologist explained: “There was a French settlement that went to India and it was actually them first who decided to warm up their cognac and infuse it with spices so we’ve named it after them.

“We kind of put on a live show for the person that orders it because we infuse the spice in front of them. Setting the cocktail on fire, mixing the spices in and releasing their true flavours.

“It makes you all warm and spicy – it almost feels like you’re in India.” 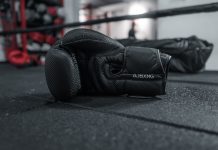