A SHOCKING 50 youngsters under the age of 11 have received help for sexual abuse in just one Scottish city alone, a charity has revealed.

New figures released by Childline show that  almost one child a week has received counselling at their Aberdeen base between April 2012 and March this year.

Additionally, one in 10 children who contact the charity are of primary school age and in nearly all cases they knew the offender.

It total,  223 children under the age of 11 have received counselling for sex abuse in Scotland.

And now calls are being made by local leaders, saying more needs to be done to protect young Scots today.

He said: “Anything involving the abuse of children is abhorrent and extremely concerning.

“It’s something that we need a detailed report on, and I will be asking the director (of social care and well-being) if we can get a meaningful report to asses whether this is a growing trend or whether young people are much more prepared to come forward.”

He said: “I think everyone will be very concerned to hear about such numbers of cases of abuse about children and young people.

“Children require to be protected from abuse, whether by public agencies or simply a family member or friend.

“This is a real issue and it needs to be taken seriously across the country.”

Scotland Area Manager for Childline, Elaine Chalmers, said: “It’s incredibly important that we protect children from the risk of sexual abuse as soon as possible, and this can be done through simple conversations with children at a young age.

“It can be done in a way that doesn’t scare them but gives the right level of information and confidence so they can speak to a trusted adult about anything that makes them feel uncomfortable.

“It’s a sad reflection on society that children of primary school age are being abused in this way but it’s a reality we have to face and prepare for. We can’t just sit idly by and hope it never happens – that will simply put more children at risk of harm.

“The good news is that many young children feel confident enough to contact us for help and advice and understand that sexual abuse is never acceptable.”

Earlier this summer Childline launched a campaign designed to help parents teach their children that their bodies are private.

“The Underwear Rule” also encourages children to speak up if they feel they have been touched inappropriately.

The programme tells children that anywhere covered by their underwear is a private part of their bodies.

Government backing has already been given to the project, which will run until the end of summer. 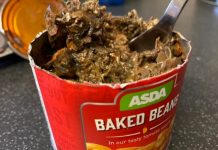 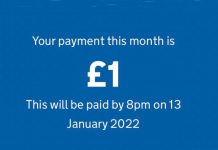 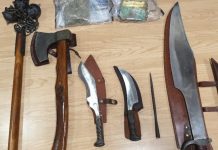