A GRIEVING father has claimed his son was murdered following an RAF initiation ceremony that went wrong.

Police have agreed to reinvestigate the death of Scot Robert Fleeting in his room at an RAF base in Oxfordshire.

An inquest ruled that the 24-year-old, from East Kilbride, was struggling with his sexuality and  hanged himself after having consensual sex with a man. 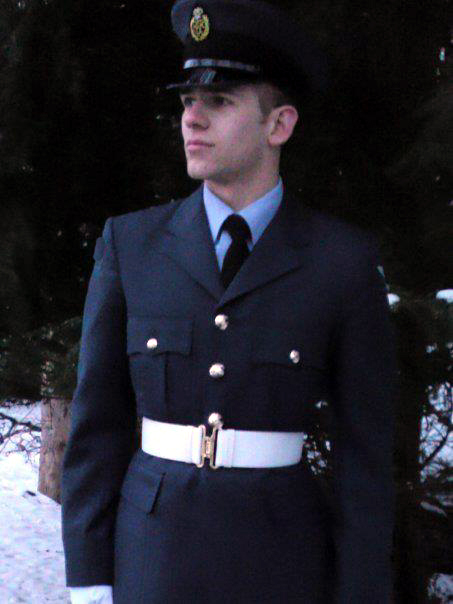 But the family of the Leading Aircraftsman, who died in September 2011, have campaigned for two years to get to the truth.

Thames Valley Police have now confirmed they will carry out a new enquiry into the firefighter’s death at RAF Benson, Oxfordshire.

His father, Charles, 52, believes Robert was a victim of a sexual assault which was “covered up” by RAF colleagues.

Mr Fleeting said he had given police a video which appeared to show an RAF initiation ceremony in which a firefighter was held down and sexually assaulted with a firehose.

Mr Fleeting, a council worker, believes his son was put through a similar ceremony after which his attackers hanged him in a bid to cover up what they had done.

He said: “I believe he was murdered on that base.

“We know that these initiations take place on the base, and I think he’s been involved and it’s gone wrong and they have tried to make it look like a suicide.

“The RAF are playing hardball. The attitude I get is that they want us to go away but we’re not going anywhere.”

He added: “The RAF are trying to cover up what really happened and protect their own. This was done to him by someone and it’s taken two years to get this far.

“I I want someone punished for what they’ve done, if they can prove that someone killed my son then I want them jailed.

“We’re fighting hard for the truth and we’re going to take it all the way. I’ll go to the high court if I have to.”

Mr Fleeting said no-one from the RAF turned up the inquest in 2012.

He said: “Things only came to light after the cremation of Robert, and none of it made sense, that is why we wanted a proper investigation – we want the truth.”

Mr Fleeting said he had already provided officers with statements, and added: “We brought up points we thought were significant.

The family understand the new police inquiry will use handwriting experts to analyse the suicide notes found by the body.

Photographs taken of their son’s injuries will also be reviewed, and a reconstruction of the scene where he was found will be set up.

Mr Fleeting’s mother, Susan Fleeting, 53, said: “It is very reassuring. We want  to get the truth so Robert can rest in peace.”

Leading human rights barrister John Cooper QC, who is representing the family, said: “I met the family last week in London and we are thrilled to announce the reopening of the case into his death.

“It is common when dealing with military cases for the armed forces to be unhelpful.

“We will be contacting the RAF asking for documents that they originally refused to disclose, it is evidence that they found whilst carrying out their own investigations.

“Here we have a situation where we know information exists and we feel that we should see it and more importantly that the police should see it.

“The family are adamant that Robert was not a person to commit suicide and knew he was making long term plans for his life just six days before his death.

“The family want the truth has to how their loved one died and if anyone is accountable they want someone to be held accountable.”

The Independent Police Complaints Commission (IPCC) report, published in May, pointed to a number of flaws in the original investigation.

In particular that internal injuries he had suffered had “been left entirely unexplained.”

It also criticised the inuiry for failing to give adequate explanation as to how the senior aircraftman apparently hanged himself from a door-closing mechanism which was almost one foot above him.

Concerns were also raised in the IPCC report that officers had accepted the word of a key witness despite him providing contradictory statements.

Mr and Mrs Fleeting say they would have had no problem if their son was gay, but believe he was hetrosexual and happily engaged.

A spokesman for Thames Valley Police said: “Following the appeal that was upheld by the Independent Police Complaints Commission, Thames Valley Police is conducting a review into the investigation and will be exploring new lines of inquiry put forward by Mr Fleeting’s family.”

Mr Fleeting’s funeral service at Linn Crematorium in Glasgow on September 15, 2011 was attended by more than 500 family, friends and colleagues.

He was cremated with full military honours.