THE RADICAL author of Trainspotting has revealed he felt “pity” for former Prime Minister Margaret Thatcher after an unlikely hotel encounter.

The novelist admits Thatcher’s divisive policies, that transformed Scotland forever were the inspiration to pen the legendary Trainspotting novel, which was adapted for film.

Irvine Welsh, 54, held Margaret Thatcher responsible for unleashing a spiral of unemployment and hopelessness that led to the Edinburgh becoming ravaged by heroin addicts in the 1980s. 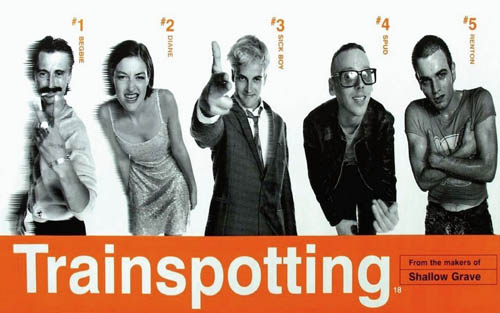 However, the left wing Leith-born author has revealed that when he finally came face to face with the Iron Lady he found himself feeling pity rather than rage.

Welsh revealed he dined next to the former Prime Minister in one of London’s most exclusive hotels, after staying up all night partying at a London hotspot.

He said: “I was f***in’ out of my box and we were coming out of the club Fabric, a bunch of us, and we decided we’d go to The Dorchester because its the most expensive breakfast in London.

“We were just out to annoy everybody.

“The four of us went there and Thatcher was at the next table, just with her minders and she looked over.”

Much to his surprise, he found himself expressing pity and compassion for the ailing Baroness.

Welsh told arts website The Quietus, “We though, it’s Thatcher! Let’s get ripped in about this and that, but we just looked and felt sad.

“She just looked absolutely miserable, looking into this paper, nobody around. Just her minders. Lonely and f***in’ defeated.

“The feeling of pity that I had for her really surprised me. It was quite life-affirming for me that I felt that kind of pity for her because I didn’t think I ever would.”

The writer who is married to his American-born second wife Elizabeth, 31, did not approve of those who rejoiced at her death in April.

He added: “I thought this is a bit f***in’ sick, because the celebration of death is not a good thing.

“Fetishising death isn’t a good thing. You should be celebrating life and enjoying it and all that. I just thought it was such a cathartic thing for so many people who’d suffered under her policies.

“Cameron’s far worse, f***in’ Blair was worse, but she was the most kind of nakedly vicious.

“More honest and transparent than them. They are patronising wankers who come and with PR smarm whilst they are knifing everyone in the back.

Welsh, once dubbed ‘Poet Laureate of the chemical generation’ due to his depictions of the misuse of illegal stimulants, confirmed he no longer relies on drugs for creativity.

The former Heriot-Watt University student has high hopes for the film adaptation of his 1998 book Filth, which stars James McAvoy.

The book is based on a corrupt policeman, who is about to be released, played by McAvoy.

Trainspotting was directed by Danny Boyle in 1996, based on the debut novel of the same name by Irvine Welsh, who played hapless drug dealer Mikey Forrester.

The Academy Award nominated screenplay, follows a group of Heroin addicts in a late 1980s economically depressed area of Edinburgh, during the Thatcher era.

The film has been ranked 10th by the British Film Institute in its Top 100 British films of all time. In 2004 the film was voted best Scottish film of all time in a general public poll.