SCOTS computer game makers have caused fury in the quiet community of Hawick by using the town’s name in Grand Theft Auto V.

The smash hit video game features sex, drugs and violence in the fictional US megatropolis of Los Santos, a thinly-disguised Los Angeles.

Game makers Rockstar North have called one of the city’s “druggie hipster” districts Hawick after the peaceful, mill town of 15,000 souls about 40 miles south of their Edinburgh HQ.

One Hawick councillor yesterday branded the use of the town’s name in GTA V as “disgusting”.

Rockstar North are known for slyly working Scottish references into the GTA franchise and the latest version also features a Saltire flying proudly over the fictional, sun-kissed beach community of Vespucci beach.

It has already been revealed that the stock exchange referred to in the game goes by the colourful name BAWSAQ.

Hawick – pronounced “hoick” – is located in the North East of Los Santos in the in-game map.

The real town is not known as a crime hotspot with local police currently most concerned about moped use by youngsters.

But in GTA V, the wide streets of Hawick are the scene of gun battles and high-speed car chases with prostitution and drug-dealing thrown in for good measure.

But Hawick councillor David Paterson said he was “horrified” that Rockstar North would put Hawick into such a violent game.

Mr Paterson said: “I am horrified that they have put Hawick in a game like that.

“Hawick is a lovely place and to see them do that is ridiculous. I’m totally disgusted.

“I’ve never even seen a gun in my life.”

But Joanne Maybury, 49, a remedial massage therapist from Hawick was more laid back.

She said: “It’s a fairly quiet, ‘doesn’t rock the boat’ kind of town.

“It’s a shame if people thought of it like that but will anyone take it seriously?

“I guess there are druggies and hipsters here but it’s not what would characterise Hawick for me.”

The game also features a barber’s called “Hair on Hawick” where players can change their characters’ haircuts between dozens of different styles.

The town is most famous for its Common Riding festival, which dates back hundreds of years and involves groups of horse riders parading through the streets.

The riding caused nationwide controversy in 1996 when a group of women successfully challenged in court the ban on females taking part. 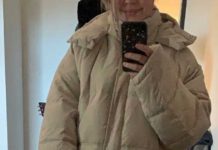 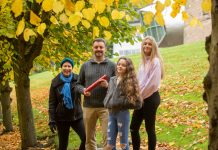 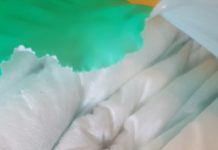