ARCHAEOLOGISTS have uncovered Rome’s version of the M8 – a cobbled road which has not been seen for hundreds of years.

The highway, built around 2,000 years ago, was recently found under a car park in Stirling and has been described as “the most important road in Scotland’s history”.

Amazingly, the cobblestones on the “M VIII” still bear the tracks of Roman carts ferrying legions north to battle the restive natives. 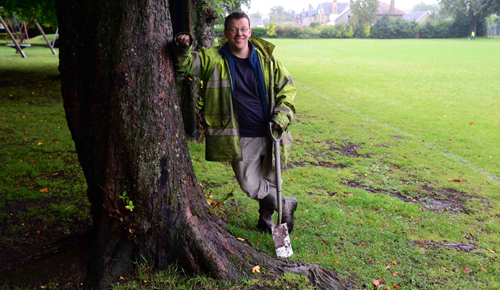 The road, which follows a line from Doune, Stirlingshire, to Falkirk and directly south to England, was subsequently used by William Wallace and Bonnie Prince Charlie for military campaigns.

The road fell into disuse centuries ago and has been built over.

But Archaeology Scotland say they have uncovered a stretch during a dig in Beechwood Park, Stirling.

The group now plans to uncover hundreds of metres of the road.

Stirling itself was a vitally important location as it provided a place to cross the Forth and reach the Highlands.

Archaeologist Murray Cook said: “We’ve managed to find the Roman road. It was the main road north for almost 2,000 years.

“This road is the most important road in Scotland’s history because every major military campaign that moved north or south moved along this road.”

Mr Cook said the road would also have been used by “William Wallace, Robert the Bruce, and every other king and military leader to Bonnie Prince Charlie”.

He said excitement was high after the find.

“You can’t quite fathom that you’re looking at something everyone important in Scotland’s history has walked on,” he said.

The road would have taken Roman soldiers to the uncivilised fringes of the empire, he said.

“It takes you to the frontier, you’re coming from Falkirk, walking north towards Doune.

“South, it would have stretched to London.”

The road would have gone through Falkirk, which at one point, and continued up through Stirling, Doune to the banks of the Tay.

Much of it has been lost to time or paved over by modern roads.

The road would have fallen out of use in the 18th or 19th Century, Mr Cook said, but schoolchildren from nearby Stirling High School will be brought in to help uncover the rest of the road.

“We’ll get kids to dig it up and mark it on the ground as managed research,” Mr Cook said.

“It’s all being done as part of Scottish Archaeology Month which is funded by various educational charities.”

Only a small area has been uncovered so far, and the hole has to be backfilled each night to prevent damage.

He continued: “If we can do surveys we will have a 200m stretch of it.”

He said: “It’s a stone road with a cobbled foundations with hard packed soil over it.

“[The surface] keeps getting renewed and renewed.

“It’s a Roman foundation and a medieval surface.

“We think we’ve got wheel ruts.”

The Romans first arrived in Scotland in 71AD, and stayed until 213AD, but never completely conquered Scotland.

They built Hadrian’s Wall across what is now north England, and later the Antonine Wall across central Scotland to mark the edges of the empire.