EDINBURGH sauna chiefs have compiled a “hypocrisy hit list” of senior public figures who paid for sex at their premises in recent years.

The list – which includes police officers, council officials, lawyers and even two “celebrities” – is due to be unveiled at a civil court case next month.

Around 50 names are said to be on the list which sauna bosses claim proves double standards among public officials trying to shut the city’s sex industry down.

Police Scotland, since its creation earlier this year, has cracked down on sex in saunas and six had their licenses withdrawn at the end of July.

All six are due to appeal the decision at Edinburgh Sheriff Court on October 4 and three of the saunas have been working together to drop a bombshell on the proceedings.

A senior industry insider, who asked not to be named, said they would attempt to put the “roll of shame” before the court.

The insider said it demonstrated that public bodies were not fit to act against saunas when some of their own employees paid for sex.

He said: “It’s all really hypocritical that they can use the girls for many years and then as soon as Police Scotland say so they’re suddenly condemning them.

He added: “Over the years we’ve had all kinds of official men coming into the saunas from councillors to police officers, most of them senior, and they’re well known by many.

“They would come in, pay the £10-£20 desk fee before going into a room with a girl, just like everyone else.

“Now they’re telling us we can’t do this anymore, it’s ridiculous.”

The source added: “The councillors that have come in over the years are well known across the city and are easily recognisable.

“Now they’re trying to shut us down despite having used our services before. They’re hypocrites and it’s an injustice.

But a former senior police officer said the saunas’ name-and-shame threat was “stupid”.

“They are going to lose any public sympathy they have regarding the sauna closures.

“I would remind everyone involved that this is a public health issue and not a moral one.”

Next month’s  hearing will decide whether the six saunas will have to close their doors for good.

An Edinburgh councillor, who asked not to be named, admitted: “We’ve always known what goes on inside these saunas – in fact it’s pretty common knowledge.

“I think it is a bit silly to try to get Edinburgh sauna free and I can understand the concern for the women’s well being.”

But he added: “The council has previously decided that the grounds for suspending the licences were strong enough to warrant the ruling.

“The council lawyer will be going in there [on October 4] to strongly defend the suspension decision on the entertainment licences, on the grounds that they have breached their terms and conditions.”

Edinburgh City Council suspended the six licences, ordering the saunas to close down.

In 2008 Sheriff Andrew Lothian was forced to resign after he was caught up in a police sting on an Edinburgh brothel.

The lawyer resigned from his position shortly after.

Another judge, Sheriff Charles Palmer, died in his car from a heart attack in 2000. Newspaper reports said he had been with a prostitute at the time. 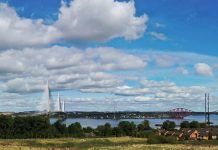 Decision due on homes at Queensferry Crossing approach 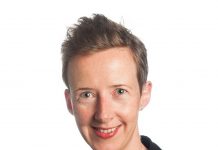 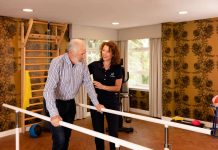