A SCOTTISH schoolgirl who falls asleep 30 times a day is set to win £120,000 compensation from the government.

Chloe Glasson’s life has been turned upside down after she received a jab for swine flu – and was struck down by narcolepsy just months later.

The incurable condition means that the 14-year-old from Fife falls asleep without warning between 25 to 30 times a day.

Campaigners believe she is one of dozens of youngsters across the UK were affected by the swine flu jabs.

The government recently admitted for the first time that the jabs can trigger narcolepsy in some cases. Insiders say ministers will announce on Friday that tests are to begin on sufferers to see if they qualify for compensation.

Chloe’s case is so severe that her family, from Kirkcaldy, are convinced the government will be forced to pay compensation.

Chloe said: “What hurts the most is when people see me in public and I’m starting to fall asleep and they look at me as if I’m drunk or have been taking drugs.

“I am no different to anyone else in that I have still got feelings and I can see the way they are looking at me.

“I have still got hopes and dreams. I want to be a drama teacher when I’m older but I’ve really just got to take everyday as it comes.”

Chloe says she also suffers mood swings and disturbing dreams as a result of her condition.

“The emotions I feel are like so extreme, I can go from being really happy and chatty to really annoyed to really upset in a few seconds and all it takes is one little thing to set it off.

“The dreams I have when I’m asleep are really vivid, I can feel the pain in the dream and sometimes it even feels like someone is touching me, it’s really terrifying.”

Chloe is starting her exam year at school but has already to drop two subjects because she cannot keep up with the workload.

She said: “When I go into auto pilot behaviour I don’t really remember anything that happens, and luckily I’ve never been really hurt.

Her mother, Rebecca, from Kirkcaldy, fife said: “It’s just frustrating that it’s taken them this long to admit there is a link.

“Almost everyone involved knew that was the case and we’re just trying to prove it. You just start to blame yourself.”

She added: “Chloe had to get the vaccine because she is asthmatic but now she’s left with this condition for the rest of her life.

“The scariest moment so far was when Chloe went missing for over two hours. She was meant to met my mum in town but went into an automatic behaviour state and disappeared.

“We were all frantic with worry and I had to call the police.”

Rebecca said the falling asleep was not even the biggest problem.

“Her cataplexy means she can collapse at any time and there is so many day to day things that we take for granted that she can’t do,” said her mother.

“No bubble bath, no swimming and she can’t even use public transport on her own. She fell asleep on a bus once and ended up miles away.

“For us its not just about the compensation, its about making Chloe’s life better. We want people to realise what she’s dealing with and to help make her feel more accepted.

“Chloe is a really really bright bright kid and she loves drama and art but its really unfair that she has had to drop two subjects.

“It’s been life changing for Chloe and the rest of the family.”

The UK Government recently admitted that the Pandemrix Swine Flu jab could be to blame in certain extreme cases.

On Friday, the government is expected to confirm that it will start testing narcolepsy sufferers to establish if their cases are severe enough to warrant compensation.

Families will get £120,000 through the Vaccine Damage Payments Scheme if they can prove ‘severe’ disability.

It is thought that for every 55,000 children who were given the jab, Pandemrix, one has developed narcolepsy.

Researchers, who published their findings in the British Medical Journal, studied 75 children with narcolepsy and found that 11 of these had received the vaccine before their symptoms began.

Since 2011 it has not been given to people under the age of 20 because of the risk of narcolepsy.

The UK Health Protection Agency has found that giving the jab to young children increases their chance of developing narcolepsy by 14 times. 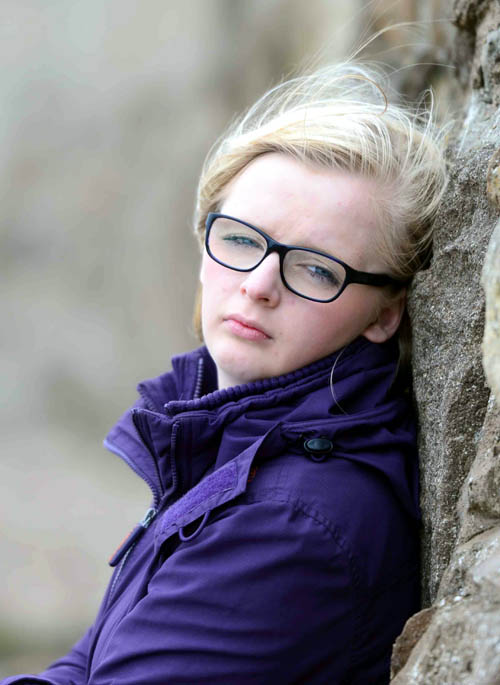 There is no cure for Narcolepsy but medication is available to help manage the symptoms, which cause side effects such as nausea, hallucinations and headaches.

Insiders at support charity Narcolepsy UK believe there are at least 25 cases of children being affected by the condition because of the drug.

A source said: “The government have known the dangers for years but have only just admitted it.

“We know of at least 25 young children who are suffering from it but there could be many more going undiagnosed.

“Some parents won’t have realised the link and so will go undiagnosed.

” The government will be making an announcement on Friday about the connection between the drug and the condition.

“This is a lifelong condition and theres no cure. Chloe doesn’t respond well to the drugs so far and is a very extreme case.”

A spokesman for the Department for Work and Pensions confirmed they had written to four families previously rejected for compensation inviting them to reapply.

Saying individual cases could not be discussed, he added: “The Vaccine Damage Payments Scheme provides support in the very rare cases where someone becomes severely disabled as a result of a vaccination.

“Decisions on vaccine damage payments claims take into account the individual circumstances of each case and the latest available accepted medical evidence.

“DWP has looked at some vaccine damage payments cases again in light of new information regarding swine flu and narcolepsy provided by the Department for Health.

“Once this new information was taken into account it was decided, on balance of probability, in some cases that causation was proved.”

The vaccine that was given for swine flu, Pandemrix, is not related to Fluenz nasal spray which will be offered to 220,000 children this winter in a bid to reduce cases of influenza.

Fluenz has been used in the USA since 2003 and over 40 million doses of the spray have been given out, according to makers AstraZeneca.

They say that the side effects can include headache, fever and a blocked nose and it will not be given to children 2 to 17 suffering from conditions including severe asthma, a very weak immune system and certain allergies.