STUDENTS were warned they could have been shot by Royal protection officers after blundering into a building being visited by Princess Anne and JK Rowling.

The undergraduates were missed in a security sweep of the Edinburgh University which the Princess Royal and Rowling visited this week.

Philosophy students Euan Kidston and Hona-Luisa Cohen-Fuentes say they were grabbed by university security staff and handed over to armed officers who told them they could have been gunned down. 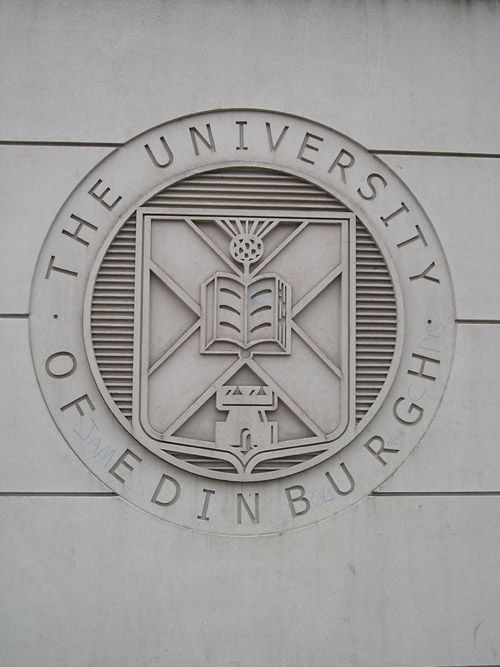 Rowling and the Princess Royal were at the Old College building as part of the launch of the new research clinic for Multiple Sclerosis, which was named after Rowling’s mother who was killed by the disease.

But the students, who are both members of the University’s Socialist Society, say that security over reacted and are in the process of lodging formal complaints against Police Scotland and the University.

Hona-Luisa, 20, from America, claims one university security officer said to her: “You could be any random scum off the street. I hope you get deported.”

The two students say they were then held by Police Scotland officers for more than six hours while their personal belongings were searched.

Edinburgh University Students’ Association (EUSA) Trustee, Mike Shaw , has branded the alleged treatment of the students as “a disgusting breach of trust between the student body and the University.”

Two students are making official complaints after being “man handled” by Edinburgh University staff when they were found studying in one of the city centre campus buildings.

“We were quietly studying and had no idea the building was closing.

“There was no need for violence, we were happy to find somewhere else to study.”

The 22-year-old claims University staff said: “We have someone really important coming here, we can’t have the likes of you roaming around.”

Hona-Luisa Cohen-Fuentes, who was also held, said: “I was reading philosophy when I was assaulted in a building I assumed to be safe, before being put in a prison cell.

“The privilege and priority given to Princess Anne is a disgrace, especially as students have already voted to remove her as Chancellor.”

The students were then handed over to armed Royal Protection Officers before being searched in front of more than 100 onlookers.

The students claim that the officers then told them they were a “threat” and “you’re lucky to not have been shot.”

The students were then detained by police at St Leonards station for almost six hours while the were searched for traces of explosive substances.

Both were released without charge.

Police Scotland confirmed that two students had been detained by officers before being released without charge.

Mike Shaw, trustee of EUSA, said: “EUSA’s professional advisory staff are offering their full support to the students in submitting formal complaints against the University and Police Scotland.

“Needless to say, this is not the end of the matter.”

The Princess Royal joined JK Rowling at the opening of the Anne Rowling Regenerative Neurology Clinic at the University on Tuesday.

The centre was set up to find treatments to slow the progression of neurodegenerative diseases after Anne Rowling was killed by Multiple Sclerosis aged just 45.

The Harry Potter author donated £10 million to the new centre.