AN UNSEEN side of the First World War will be revealed tomorrow  in a display of paintings and photographs from influential Scottish artists.

The exhibition by the Scottish painter James Morrison and photographer Coline Russelle will show the “real suffering” involved in the war.

The works will be exhibited at Kinblethmont House near Arbroath until November 3 before it moves to the Scottish Gallery in Edinburgh. 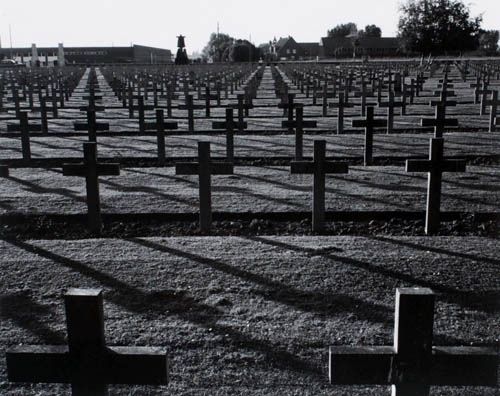 A major book on the work of the Angus artist Morrison, 81, will be launched at the opening.

Mr Morrison, who lives in Montrose, was a senior lecturer at Duncan of Jordanstone College of Art Dundee from 1979 to 1987.

The inspiration for his paintings is said to have come from a visit to a war hero’s grave which was “deeply moving and very sad.”

Mr Morrison said: “When I returned home I was moved to make light paintings, this time in oil paint, of the death and destruction of the landscape and the soldiers.”

Miss Russelle’s work, Flanders Fields Revisited, is a photo text displaying, remembering the battles that took place in and around Ypres.

She said: “The Ypres Salient had been a situation of madness, a medieval-type siege where the British chose to try and hold an area of low boggy ground jutting out into the German front line and surrounded on three sides by positions on higher ground looking directly into the Allied trenches.”

“5000 would be killed or wounded weekly ‘between battles’ as regular wastage, but tens of thousands could fall in a single day.”

She added: “With all the elaborate historic drainage being smashed, the area was turned into a sea of mud swallowing up those who slipped off the plans laid for them in advance.”

Kinblethmont House chairman, Robert Ramsay said the artists are both “determined the exhibition should reflect the war as it is, not to glorify it, but to portray the real suffering involved.”