Police are trying to track down a mysterious naked hill climber

POLICE are trying to track down a mysterious naked man who has been seen wandering in the Ochil Hills.

There have been reported sightings of an unclothed man walking in the hills north of the Forth Valley during the past couple of months.

One walker who crossed paths with the naked man described the moment he let him pass to avoid being stung by nettles as “the christian thing to do.” 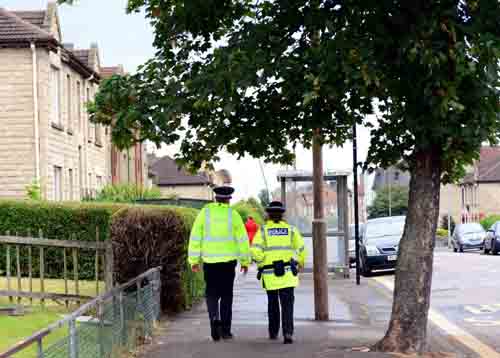 He has been spotted several times around the Dumyat peaks in particular – Castle Law on the west, and Dumyat proper on the east.

The Ochil Hills are a large range of hills in Scotland north by the Forth Valley by the towns of Stirling, Alloa, Kinross and Perth – the highest peak is Ben Cleuch at 721m.

A spokesman for Police Scotland said: “Police in Forth Valley can confirm they are investigating and would urge anyone who can assist with our inquiries to come forward.

“In addition we are keen to trace this male and ask that he get in touch with police to discuss the full circumstances surrounding this matter.”

He wrote: “The existence of the naked rambler of the Ochils was first brought to my attention by a Dumyat regular, who said he had to stand aside to let him pass at a very narrow point on the path up from Menstrie.

At this point the path is bordered by briars and nettles, so to stand aside was a very Christian thing to do.”

Dumyat is 418 metres tall and is a distinctive part of the Stirling scenery and often features in postcodes and calendars.

The hill is a popular climb with tourists and visitors to the Stirling and Trossachs area, because of the proximity of the Wallace monument.

The nude stroller could be taking inspiration from Stephen Gough, the infamous Naked Rambler who was remanded in custody south of the border last month.

Gough, who has previously been sentenced to more than six years in prison for his belief that it is his right to appear in public naked in public, awaits trial for an alleged breach of anti-social behaviour order.

The 54-year-old returned to England after serving his last jail term in Scotland, but hinted in July he could head north of the Border to walk naked again.