A FOUR-bedroom flat which boasts Edinburgh Castle as its neighbour has gone on sale for £1.1m.

The property, which is next door to the Castle Esplanade and boasts stunning views over Princes Street Gardens and the New Town, has attracted interest from across the globe.

The only drawback with the Ramsay Garden flat is the deafening sound of fireworks during the summer tattoo and on Hogmanay. 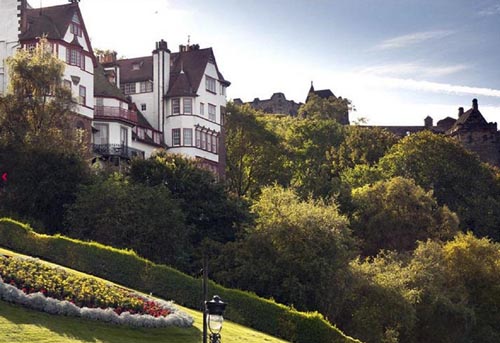 The estate agents handling the sale said that the flat could be rented out during the Festival for up to £3,000 a month.

Matthew Munro from Knight Frank said: “It’s quite rare for one of those properties to come on to the market.

“This one is owned by a client who lives outside of Edinburgh, but uses it as a base when he’s in town.

“The owner previously let it out to a corporate client whose employees used it as their base a few days a month when they were in the north of England, Scotland or Scandinavia for business.” 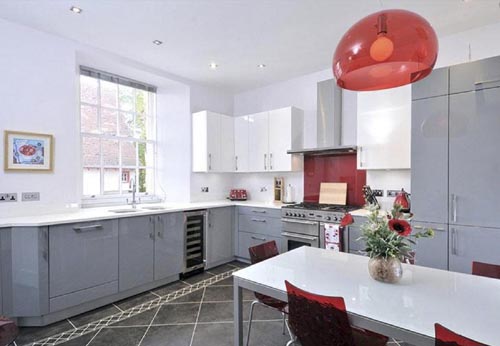 The 224 square metre flat has three double bedrooms, all with en suite bathrooms or shower rooms, along with an additional fourth bedroom or study.

The interconnecting living and dining rooms look out across the city towards the Firth of Forth.

Mr Munro added: “The property has been on the market for six weeks and the interest from buyers has been global.

“People around the world are aware of the Ramsey Garden and its status as one of Edinburgh’s most desirable addresses, especially amongst expats who may be looking at moving back to Edinburgh.

“The difficulty for us is that they have to come to Edinburgh to view the property and they are usually very busy people.”

The Ramsey Garden buildings are a mixture of Scottish baronial and English cottage styles with distinctive red sandstone and whitewash.

Ramsay Garden was conceived by Sir Patrick Geddes and built in 1892 as part of his urban renewal plan for the Old Town to attract the middle classes back into the area.

It was initially a hall of residence, with rooms for 45 students, and a block of 23 apartments.