AN AMBULANCE crew who parked in a disabled bay before going on a supermarket shopping trip have been labelled the “most selfish cads in Scotland”.

Shoppers complained to the supermarket bosses after the medics left their vehicle in a bay for blue-badge holders at Cameron Toll Shopping Centre, Edinburgh.

The two paramedics hopped out of the ambulance to pop into Sainsbury’s shortly after 10am on Tuesday – emerging 10 minutes later with shopping bags. 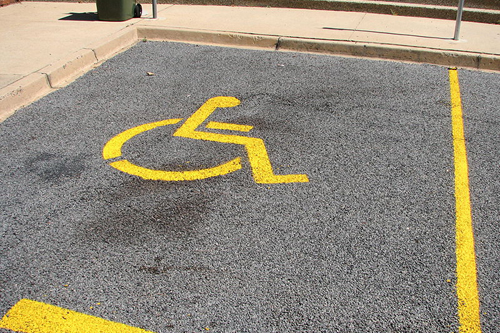 Numerous spaces were available at the time in the car park, which has space for 1200 vehicles.

One shopper who asked not to be named said: “I came out of the door and couldn’t believe what I was seeing.

“The ambulance looked like it had been abandoned, it was then that I realised it was parked in a disabled space as well.

“I appreciate the job they do but it can’t be one rule for them and another for the rest of us.

“They came out about ten minutes later carrying Sainsbury’s bags.”

It is understood that the on-duty paramedics were on a break.

But Scottish Patient Association chair Margaret Watt insisted there was “no excuse” for their behaviour.

She said: “These must be the most selfish cads in Scotland.

“They have done a disabled person out of a space.

“If they had a disabled relative would they be OK with people doing this?

“A person using crutches, or in a wheelchair, may have come along to use that space while they went about their shopping.

“I hope that strong disciplinary action is taken against them, this is unacceptable and inexcusable behaviour.”

Cameron Toll manager Jim Riddell said: “It has been brought to our attention that an ambulance was parked in a disabled bay in the centre car park and we are looking into it.

“There are bays which we close to both entrances of the centre which are for the use of disabled or infirm customers and our staff monitor them throughout the day.”

Earlier this month, Fife paramedic Victoria Arnott was cleared of misconduct after she stopped to pick up her own medicine while responding to an urgent call.

She was tasked with taking a patient to a pyschiactric hospital in Kirkcaldy, Fife on 4 July last year, but instead diverted the ambulance.

A spokesman for the Scottish Ambulance Service said: “Crews remain available to respond to emergency calls for their entire shift and often take the opportunity to purchase food products for consumption whilst on their break.

“They should always park with due consideration for others, whilst trying to minimise any delay in returning to a call should this be required.

“We will address this matter internally.”