MILLIONS of Facebook users across the globe were plunged into near panic yesterday after the social media network crashed for more than an hour.

At around 3pm, users attempting to access their personal profiles were instead shown an error message.

Furious users took to another social media site, Twitter, to try to find out what was going on.

One user said: “What’s up with all these #Facebook timelines disappearing. The world is ending!!!”

Another, from Singapore, said: “What is wrong with my Facebook. Damn it. People’s timelines don’t load at all?” 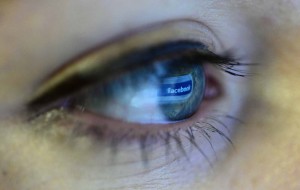 The site experienced problems on October 21, when a problem occurred during “routine maintenance”.

It was down for several hours and left millions of disgruntled users without their social media fix.

In the Oscar-winning movie about Facebook, The Social Network, actor Jesse Eisenberg, playing Mark Zuckerberg, states: “We don’t crash ever. If the servers are down for even day our entire reputation is irreversibly destroyed.”

A Facebook spokesman said they were looking into the matter.