Revealed: the Bronze Age boy who starved to death 3,500 years ago

A FARMER ploughing his field stumbled across the tragic remains of a child who may have starved to death 3,500 years ago.

The stone-lined pit – one of the oldest of its kind ever found in Scotland – contained the bones of a boy as young as nine.

Tests on the skeleton, found in Monreith, near Stranraer, Dumfries and Galloway, have revealed signs of malnutrition. 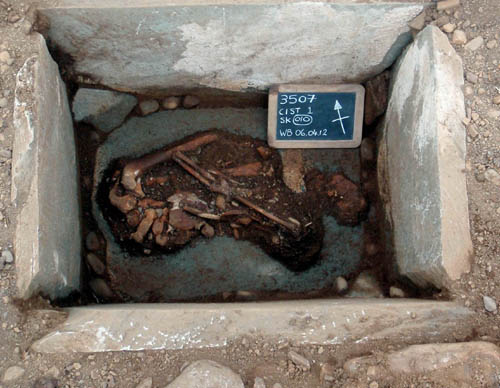 As well as shedding light on the struggle for existence in Bronze Age Scotland, the burial “cist” may indicate the point at which people switched from mass burial to individual interment.

Archaeologists uncovered another mystery at the site – a further two “cists” which chemical tests have proved never contained bodies.

This could indicate that the rest of the boy’s family moved on to another area before they also succumbed to hunger.

Farmer Jock McMaster (below), was uncovered the ancient grave at Blairbuy Farm after his plough dislodged the capstone which lay under his barley field. 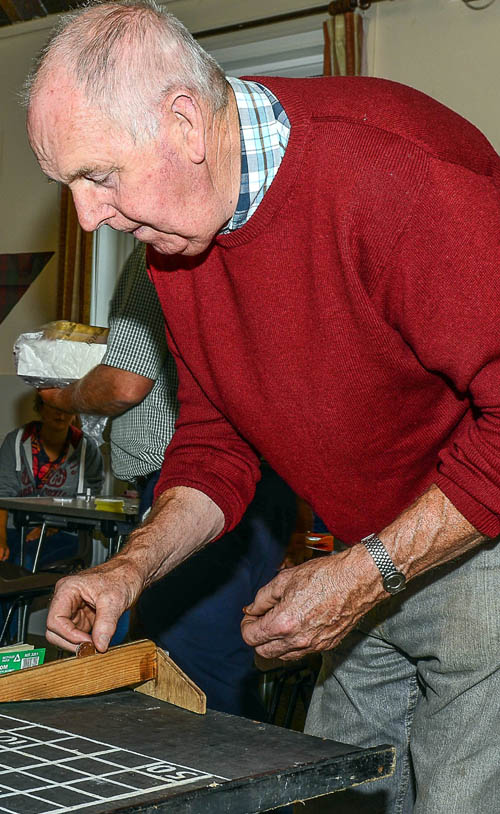 Warren Bailie, of Guard Archaeology, said: “He was shocked, he had ploughed the field for decades as did his father before him.”

Mr McMaster called the local police who brought in archaeologists to study the site.

Mr Baillie said: “We went to the trouble of of taking high resolution samples and and we found there were never any bodies in the two empty ones.

“The family may have moved on, we don’t know what the situation may have been.” 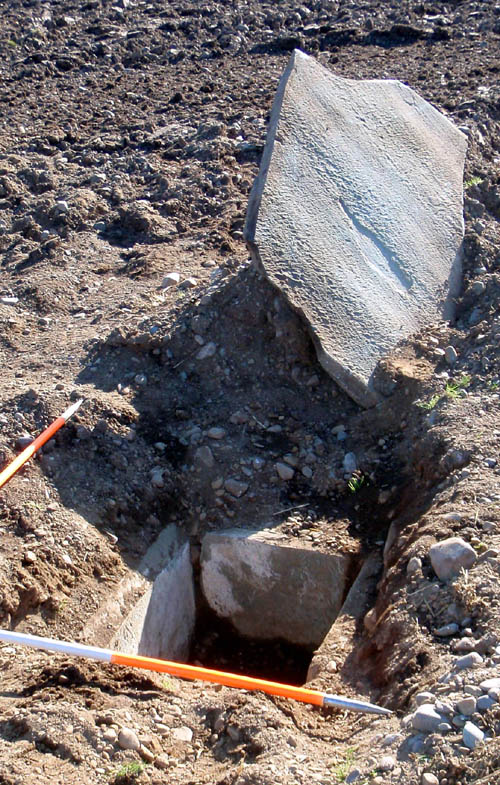 A report on the site suggested the cists may have been a burial plot “similar to how plots are set aside for family groups in modern societies.”

The report added: “This is rare evidence of the possible movement of groups and the loss or abandonment of ritual sites in an otherwise settled landscape during the Bronze Age period.”

Mr Baillie said a study of the child’s crouched skeleton showed it was aged between nine and 12 and had not developed properly.

He said: “We found possible signs of malnutrition. 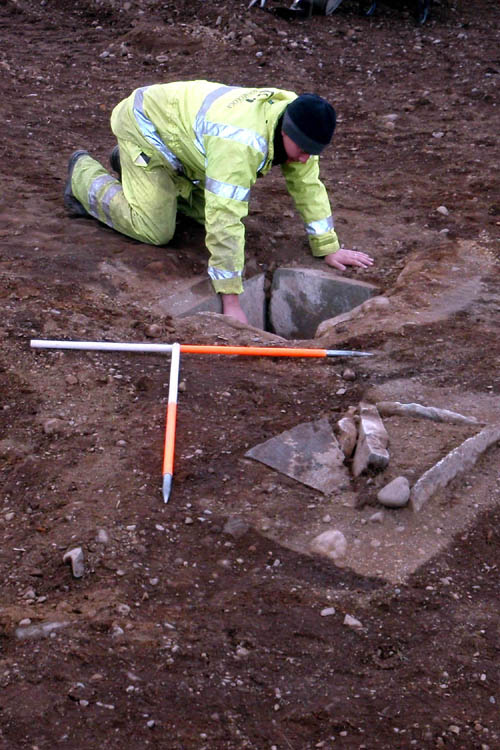 Mr McMaster said of his find: “I noticed immediately that it was unlike any other stone in the area. It was a huge flat stone and it got stuck in the plough.”

“I had a guddle in the hole and found the skeleton.”