GROUND-breaking new research on the effect of offshore wind turbines on whales and dolphins has been carried out which could give the green light to the industry expanding.

Scientists at a Scottish firm have been able to model the effects of vibrations from wind farms and tidal power sources on marine mammals such as whales and dolphins.

Xi Engineering Consultants says it will allow developers to avoid objections by altering plans for turbines on paths where the animals could be disturbed by their vibrations. 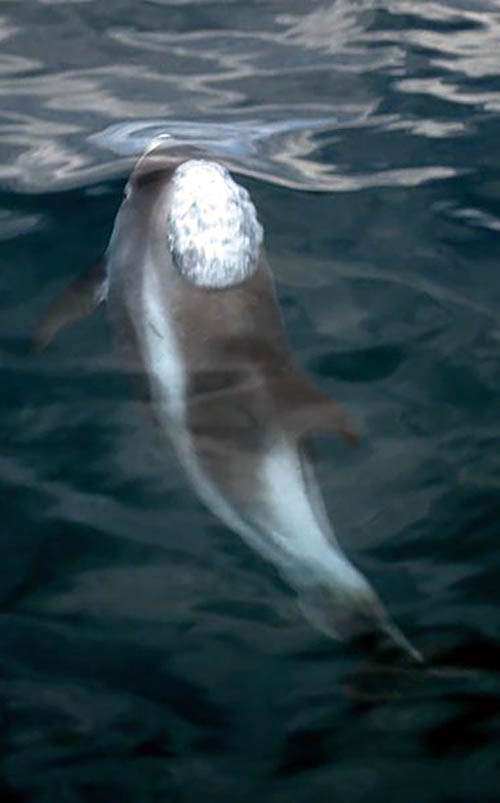 The research found species with hearing specialised to low frequency, such as minke whales, are most likely to be affected by wind farm noise, in certain circumstances up to 18km away.

But harbour seals, grey seals and bottlenose dolphins are not considered to be at risk of being disturbed by the turbines.

The vibrations can also help marine mammals detect the devices and avoid colliding with them, the research found.

Xi Engineering Consultants Managing Director Mark-Paul Buckingham said the technology is cutting edge and could be applied across the world.

He said: “The predictive modelling technology we have developed provides the most robust science available to assess the impact that vibration from a marine renewable devices will have on mammals and fish species.

“We can now model how and when different species will react to the presence of a device.

“It means early indications of any areas of concern regarding specific species can be identified.

“But of more importance to renewables developers, it means we can demonstrate the limited effect that devices can have on the marine and tidal environment or can make recommendations to alter the design brief to resolve issues.”

He continued: “It will provide regulatory bodies representing the marine and tidal environment and marine scientists with key information about the impact of renewable projects on sealife.

“That in turn will provide the key assessment information that is needed to move to speedier consent determinations.”

Xi Engineering consultants specialises in tackling problems cased by noise and vibrations in a range of sectors including construction, marine and defence.