MORE than one in ten young Scots have suffered mental health problems or been driven to drink and drugs because of unemployment, a new report says.

The Princes Trust, a charity which helps young people find training and employment, says 29% of young people in Scotland “always” or “often feel down or depressed.

The organisation’s Youth Index report sets out the high toll unemployment is taking on the mental health of young people. 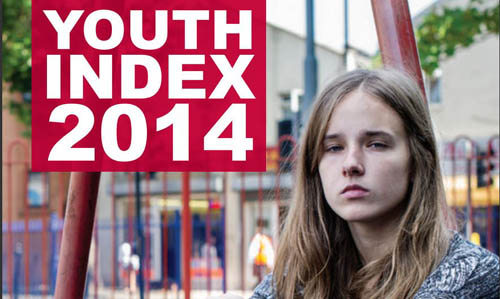 It is now calling for support from government and employers to help long-term unemployed people move back into work.

The report said 13% of young Scots had experienced symptoms like suicidal thoughts, self-harm, panic attacks, feelings of self-loathing, insomnia, feeling inferior to others, difficulty controlling anger, drinking large amounts of alcohol or taking drugs as a direct result of unemployment.

The research found 15% of young women in Scotland reported one or more of these issues as a direct result of unemployment, compared to 11 per cent of young men.

In Scotland 29%  said they ‘always’ or ‘often’ feel down or depressed, with the report showing that long term unemployed people are significantly more likely to feel this way, compared to 37% across the UK.

One in five young people in Scotland (20 per cent) say they feel like an ‘outcast’ and long term unemployed are significantly more likely to feel this way, the report said.

“Thousands wake up every day believing that life isn’t worth living and struggles with unemployment clearly exacerbate this.

“While we welcome recent figures that show youth unemployment is decreasing in Scotland, the underlying problems affecting the thousands faced with a long-term struggle to find work must be addressed.”

“Our message to them is this: organisations like The Prince’s Trust are supporting young people like you every day, helping them back into work, education or training and business. You are not alone and you need not struggle alone.”

Shirley Cramer, chief executive of the Royal Society for Public Health, said: “This research proves that unemployment is a public health issue.

“It is one that must be tackled urgently and it is essential that youth unemployment is added to the public health agenda.”