Scots cave saved for all time in cyberspace

A SCOTTISH cave containing Europe’s biggest collection of Pictish art has been saved for all time in cyberspace.

A 3D model of the Wemyss caves in Fife has been created by Scottish archaeologists and will be put online in early spring.

It will be possible for someone sitting on a computer to explore every inch of the dramatic underground space whilst sitting in  the safety of their own home.

Millions of years of erosion mean the cave could collapse at any time, and its treasures lost forever.

The project has been commissioned by the Save Wemyss Ancient Caves Society (SWACS), Scottish Coastal Archaeology and the York Archaeology Trust.

Focusing on Jonathan’s Cave, which boast the largest collection of “Scottish hieroglyphics,” the team have used new technology to create a virtual cave.

Viewers will be able to take a 3D tour of the cave, and see some of the hundred carvings from their computers.

The forthcoming website will let viewers shine a light on some of the drawings to see “hidden details” to sub millimetre precision.

The results of months of hard work was unveiled to the public for the first time today.

Researcher Tom Dawson, 50, said: “It’s the first time we’ve done anything like this in Scotland before.

“We’re bringing history alive, it’s important to preserve the history as it helps to define a nation.

“People can download the software for free and watch a video on their computer.

“We have recorded interviews as well as using laser scanners and a new technique called Reflectance Transformation Imaging (RTI).

“These techniques mean the object you are viewing at home will be sub millimetre precision, far more accurate than an actual photograph.” 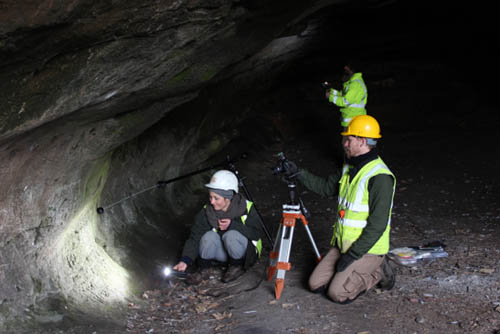 Wemyss caves bear the markings of ‘Pictish symbols’ which represent the single largest body of evidence that has survived from the centuries when the Picts dominated Scotland.

He said: “If the caves disappear so do the carvings and they have survived for over one and a half thousand years.

“Digitising the caves is not an alternative to people visiting but it is an important way of preserving the carvings.

“There are more pictish carvings in Wemyss caves than all the caves in Britain put together.

“I am very excited, the idea of using modern technology to keep them alive is great.

“We still have no real idea what the carvings mean so by pursuing this method hopefully we can inspire a new generation who may discover the truth.” 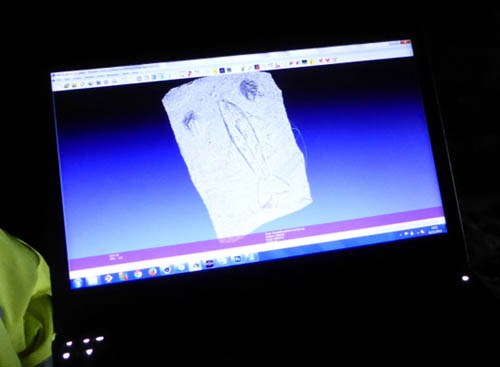 RTI is a photography technique which compresses a large number of pictures of the same object with light shining at different angles.

The images are then all compressed into one RTI file to view online, which can then be manipulated by changing the lighting dynamically to bring out “hidden detail.”

The Picts repelled the conquests of both Romans and Angles, dividing the British Isles on a North/South axis, but disappeared from history by the end of the first millennium.

They took part in one of the most decisive battles in Scottish history, the battle of Dun Nechtain – if the Picts been defeated by the Northumbrians, Scotland might never have existed.

On 20 May AD 685 a force of Northumbrians under King Ecgfrith faced King Bridei’s Picts at the Battle of Dun Nechtain.

The Northumbrian Angles were annihilated, ending their domination of Scotland.

A range of uniquely Pictish symbols appear in the caves, some of the symbols are abstract motifs, many are birds or animals, both real and mythical.

The carved stones remain the most tangible and distinctive legacy of the Picts.