DONALD Trump’s son has launched a scathing attack on Scottish bureaucracy, , saying it takes “six days to tie your laces”.

Donald Jnr has also threatened to sell off a chunk of his father’s luxury Aberdeenshire estate.

The US billionaire no longer plans to invest in the Menie Estate and revealed he had abandoned plans to bring a major golf tournament to the course.

The Trump Organisation is smarting at a court decision to approve a £230m offshore windfarm which they claim will ruin views from the Aberdeenshire course. 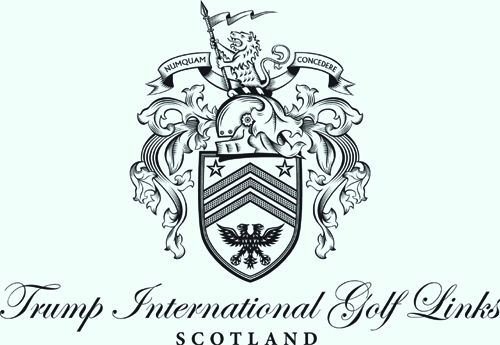 Business groups and the Scottish Conservatives yesterday agreed with the Trump family that lengthy planning applications were bogging down business deals.

Donald Jnr, who is an Executive Vice President at the Trump Organisation, compared doing business in Scotland with the Republic of Ireland.

Referring to their plans for a golf course at Doonbeg, County Clare, he said: “We did the deal to move to Ireland in six days.

“You can’t tie your laces in six days in Scotland.”

Donald Jnr said the organisation, which has already said it has abandoned plans to big bring tournaments to Menie, said they would now invest in resorts outside Scotland.

“Attracting a big tournament requires a lot of investment in infrastructure and a permanent clubhouse,” he said.

“These events don’t just show up. You have to go get them.

“They need money, which we were willing to spend before, but we will now divert this effort elsewhere.”

Donald Jnr added that the windfarm decision could result in them selling off land with outline planning permission for 950 holiday homes and 500 houses could be sold off.

He said: “Maybe we will sell [the housing land] to a developer that can build housing.

“We can offload that part and let someone else deal with it.”

But he added: “The golf course is not for sale, it will remain part of the Trump portfolio.

“But we will not be investing in other parts of the project. How could we spend any more capital when we are faced with this environment?”

A spokesman for the Scottish Chambers of Commerce said: “He does have a point, and it’s something the government has the opportunity to improve.

“There are areas like planning where we’re improving but we’re not where we need to be.

“Too many deals are taking far too long.

“There’s no one issue that will determine why businesses set up in one country than another. But clearly we want all the factors to be in Scotland’s favour.”

Scottish Conservative infrastructure spokesman Alex Johnstone said: “An efficient planning process is crucial to development, and crucial to the economy.

“Mr Trump isn’t the first person to highlight how projects in Scotland can be subjected to unnecessarily lengthy delays.

“And it will only harm business if similar countries to ours can move things through the system much more quickly.

“The Scottish Government has to lead from the front on this, and ensure that major projects – while being thoroughly analysed – can at least make progress through the planning system.”

Campaign group Taxpayer Scotland said businesses would move elsewhere if Scotland’s bureaucracy held them back: “The Trumps know how business is done; by championing progress.

“If economic development in Scotland is going to continue to be surrounded by layers of bureaucracy and special interests championing every environmental, aesthetic, and planning detail, spending tax money on preventing change, we are going to lose twice.

“Once by private capital migrating to easier places and again by high taxes, fewer jobs and lower growth.

“We desperately need to cull our meddling state to create new wealth. “

The US tycoon’s company and the Scottish Government have been at loggerheads for years over the 11-turbine European Offshore Wind Deployment Centre (EOWDC) in Aberdeen Bay.

But a Scottish Government spokesman dismissed Mr Trump’s comments, saying: “The reality is investor confidence in Scotland in Scotland is at peak levels.”