Demand for stag do ‘midget parties’ is sky high

A 4ft 2in Scot has revealed that he earns up to £750 a night from the stag do craze for midgets.

Marc Corrieri – who calls himself a “little person” –  charges £150 an hour to accompany revellers and is usually handcuffed to the groom.

The 21-year-old from Motherwell, North Lanarkshire, even has a bodyguard in tow to make sure drunken lads don’t try to throw him. 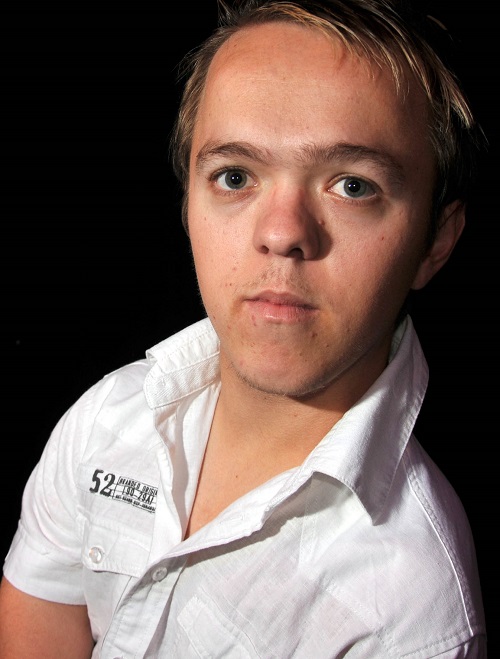 The demand for stag party midgets in Scotland is so great that some “small people” are travelling from as far afield as the West Midlands to help meet demand.

But Mark insists he is pursuing a worthwhile career and has ground rules that maintain his dignity.

Mark said: “It’s a different career, I wanted to have a laugh and I just thought, ‘go for it’.

“I get paid to go out and party with different lads, we get a lot of attention from the ladies and I get to enjoy myself.”

He added: “The first time I did a stag party I didn’t know what to expect, especially when my boss John turned around and said I’m going to be handcuffed to him.

“I dress up for them as Superman or an oompa loompa but I draw the line at dressing up as a woman – that’s a no go.

“I’ve had some pretty wild nights but luckily John is there with me to make sure nothing goes wrong.

“I don’t do it for the money, I earn enough, I just enjoy doing it.” 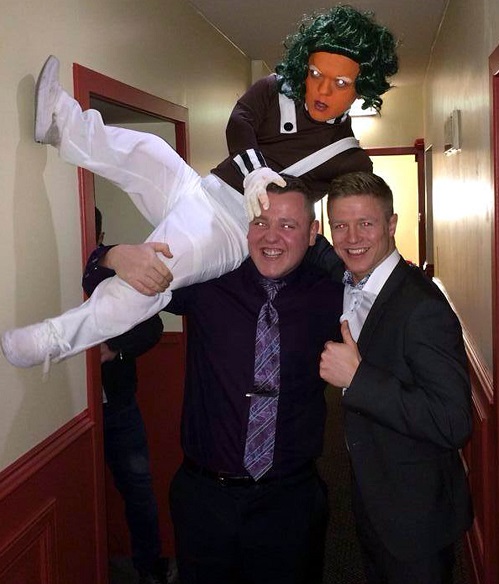 John McCormack, manager of Glasgow-based Buff Butlers in Glasgow, makes sure clients stick to stick rules while out with Marc.

These include no picking up or throwing, no tampering with their drink, not using the word “midget” and no police involvement.

Marc said: “Last time I was at a stag do and 10 minutes in someone just lifted me up, he had had too much drink.

“I could hear him shouting that he’s love to throw me about and do this and that.

“You don’t pay to throw someone about you pay for the little person to enjoy the night with you.”

John said: “I chaperone him just to give him the peace of mind and make him feel safe.

“There is always one person who spoils it. They pay a deposit upfront so if they step out of line then I get Marc and we will leave immediately.

“75% of our bookings are from men who want the stag to be handcuffed to our little wee man. 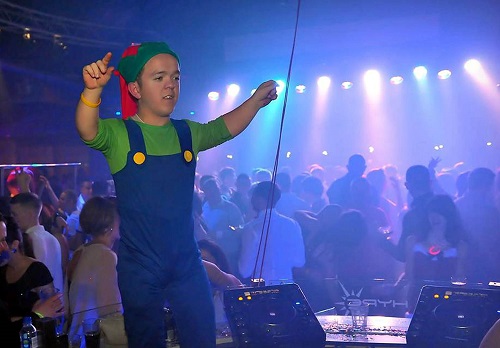 Owner of Dwarf Management, Darren Horan, based in Staffordshire, said he had  been sending midgets to Edinburgh to meet Scottish demand.

“We charge overnight accommodation and at least £500,” he said.

However disability campaigner Emma Bowler, who is 4ft tall, said: “I can’t understand why on earth anyone would do this, I can only think they must be desperate for money, really desperate.

“Average height people think they have the right to ask short statured people to do whatever they see fit – give them hugs, handcuff them, throw them.

“Even if I were desperate for money I wouldn’t do it because for me the only possible outcome is that people will be having a laugh at someone just because they are small.”