SCOTLAND’S strangest house, a two-storey detached property shaped like a teapot, has attracted interest from as far as Cambridge after going on the market.

With a guide price of £10,000 “The Magical Teapot” near the village of Lilliesleaf in the Scottish Borders is still up for grabs.

Property agents Rettie and Co., who often sell country estates worth millions of pounds, say the teapot could be an “enchanting ‘Hobbit Hideaway.’” 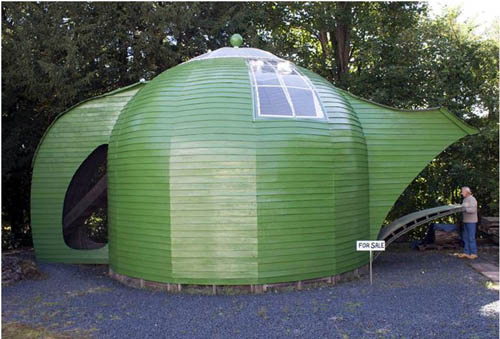 Sculptor and artist Ian Hunter made the charming teapot himself on the grounds of his cottage in the idyllic Borders countryside.

He said: “Rettie got two people interested – people in Kelso, which is quite close in the Borders, and a guy in Cambridge.”

The property schedule says: “If you fancy something a little bit different this Christmas then this fantastic and undoubtedly unique multi-functional two-storey space could be just what you have been looking for and could be put to any number of uses.”

It adds: “One thing is for sure, it always makes folk smile, lifts their spirits – they just can’t help themselves!”

The spout contains a gangway door which leads to the lower floor, and stairs to the upper floor are in the handle.

The lid acts as a sunroof and can be opened and the teapot even boasts electricity.

The teapot, which is 21ft in diameter, has stood on the site for over 12 years and was originally used to dry wood for Mr Hunter’s sculptures. 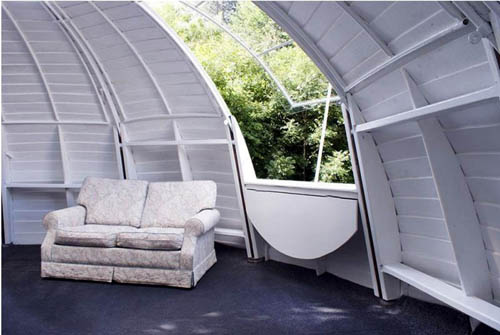 He recently turned it into a “summer house,” but as the lease on his cottage is running out he needs to sell the teapot.

Mr Hunter, 59, said: “Everyone that sees it smiles, it has an effect on everyone.

“One you’re inside it’s very peaceful and relaxed.I just want a good home for it.”

Mr Hunter made the teapot using reclaimed wood, with costs coming in at less than £1,000. 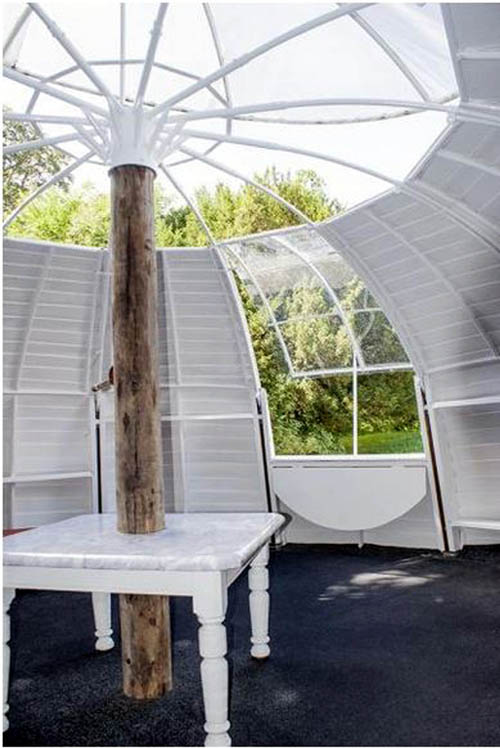 The sculptor made another version of the teapot house but it soon decayed and was vandalised after its walls were kicked in.

He admits the teapot, which was made from old telephone poles, will need some insulation to be a full-time house.

The unusual design of the hut came around by accident, he said, as he was using curved struts of timber from a nearby mill.

Giles Charlton, of Rettie Borders LLP, said: “It’s quite unusual, there’s certainly something magical about it.

“You could say it’s the strangest house in Scotland.”