ANDY Murray’s luxury hotel has been cleared by TripAdvisor of breaching its rules after a spate of five star reviews appeared before the opening night.

Eyebrows were raised after six five star reviews appeared for the Cromlix Hotel in Kinbuck, Perthshire, almost a week before it officially opened on April, 1.

A spokesman for the travel review site said last week that they had launched an investigation into allegations that the reviews were “incentivised”. 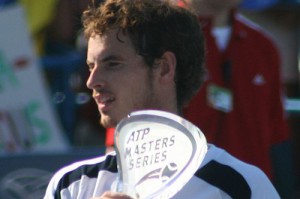 But now the company has completed their investigation and found the glowing reviews met their guidelines.

Hotel goers left sparkling reviews for the site making special reference to the “Wimbledon colour court”, the “fabulous Victorian building”, right down to the duvet cover on the bed which “had to be experienced”.

Bosses admitted 100 guests had stayed at the hotel – many of them for free – during a “soft launch” before the official opening.

But a TripAdvisor spokesman said: “In this instance, we investigated a number of reviews relating to the Cromlix Hotel and determined that they met out guidelines.

“We allow anyone who had a genuine service experience to share their honest, unbiased opinion on TripAdvisor, whether good or bad.”

Since the opening, the luxury hotel has racked up more than 15 four and five star reviews on TripAdvisor.

Guests can expect to pay up to £585 a night for a room at the hotel during their peak season.