ONE of Scotland’s leading universities is offering cooking lessons to its students.

Undergraduates at Edinburgh University typically need four As at Higher to get in but it appears most are in the remedial class when it comes to cuisine.

The university’s newly-launched “Cook School” aims to change that, charging students £10 for a course that will teach classics such as spaghetti bolognese. 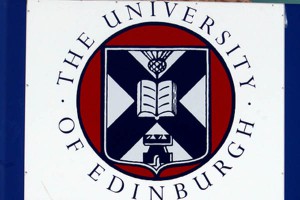 Knife skills and food hygiene will also be thrown in to reduce the chances of cooking sessions ending in casualty.

The initiative by the accommodation services department, launched last week and according to the uni has proved a smash hit with hungry students.

The move has also been welcomed by healthy eating campaigners in the capital who believe a good diet could boost academic attainment.

Ian Macaulay, the university’s assistant director in catering, said: “While ready-made meal will always be a popular choice among students.

“We hope the cook school will be a step towards changing behaviours and demonstrating that cooking with fresh ingredients can be much more cost effective, more healthy and fun.

“There is a definite need for cookery classes in universities, not only for students with no experience in cooking from scratch, but also for those who feel their skills in the kitchen need to be refreshed.

“It’s also a great confidence booster for students making the transition from catered to self-catered accommodation.

“The interest in the cook school from the university’s students has been phenomenal. It’s great to be able to provide students with the opportunity to learn from our professional university chefs.”

One University of Edinburgh student who has started on the course said: “I have found the classes to be beneficial in improving my existing cooking skills and teaching me to use healthy, fresh ingredients rather than over-processed foods.

“Now I know how easy it can be to cook a healthy meal from scratch, I will be spending more time in the kitchen.”

Costing £600, it aimed to prepare students to fend for themselves and survive healthily after leaving home.

Chris Mantle, a food and health development worker with Edinburgh Community Food, said that while his organisation usually worked with with the vulnerable or those in deprived communities poor diet was an issue across society.

“Students famously do not eat the best food, a situation not helped by the lack of emphasis on cooking and home economics at school.

“However Scotland’s Curriculum for Excellence is putting healthy eating back on the agenda.

“And while it may take some time for this to bear fruit, it is heartening to see Edinburgh Uni tackling this issue by offering relatively affordable classes which cover not only healthy cooking but also crucially important areas such as good food hygiene and knife skills.

“The enthusiastic response from students shows that there is a need for classes like these, and a healthy diet means a healthy mind, better energy levels and perhaps, even better academic attainment.”