STAFF at a Scots bar have pledged to legally change their names to members of the Brazilian football team – if they win the World Cup this year.

13 members of staff at The Three Sister’s pub in Edinburgh are prepared to permanently swap their names to those of the favourite South American team.

As Brazil are hosting the tournament, which kicks off this Thursday, manager Sharon Norris decided to make it “interesting” for the staff. 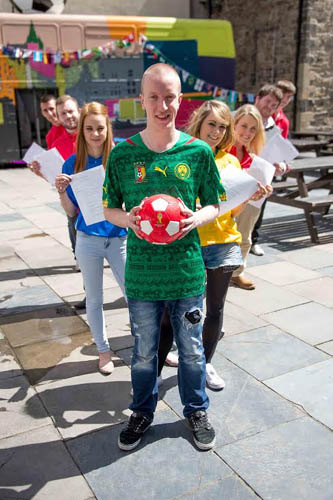 They agreed to change their names via deed poll for a minimum of nine months, including changing their drivers license, passport and credit cards.

But staff are getting “nervous” as Brazil have been named hot favourites to lift the trophy in Rio de Janeiro, in one months time.

With Brazilian players such as Hulk, Cesar and Paulinho, staff will certainly never forget the World Cup of 2014. 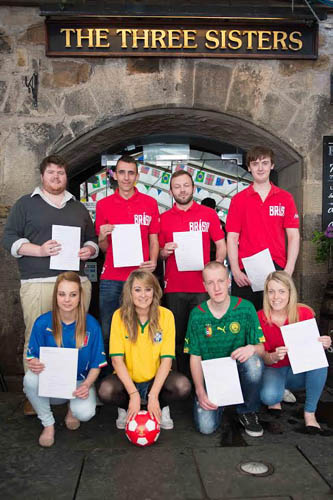 Manager Sharon Norris said: “I suppose you can say we’ve gone a bit Brazil nuts over this idea.

“As Brazil are hosting the event, we decided we should back them to win the tournament.

“If they win we will legally change our names to a member of the football team.

“At first we just mentioned it for a laugh but now we’re 100% serious.

“We are starting to get a bit nervous, especially as Brazil are the hot favourites in their home tournament.” 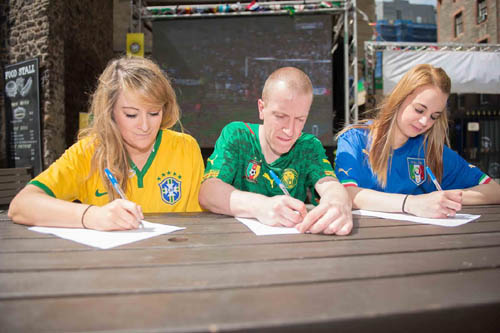 The Brazil team, which include expert footballers such as Neymar and Hernanes, are the favourites to win with an impressive 3-1 odds.

Managers have also joined their colleagues in the pledge, if Brazil are crowned Champions Sharon will change her name to Givanildo Vieira de Souza.

“There is always such a fantastic buzz at The Three Sisters during the World Cup,” Sharon added.

“We decided to make things even more interesting this time for the staff.

“Surprisingly it didn’t take as much convincing as I thought

“I think if Brazil win, which they have a pretty high chance of, I might not be the favourite manager in the bar.

“I’m scared but let’s be honest, Hulk is a pretty cool name.” 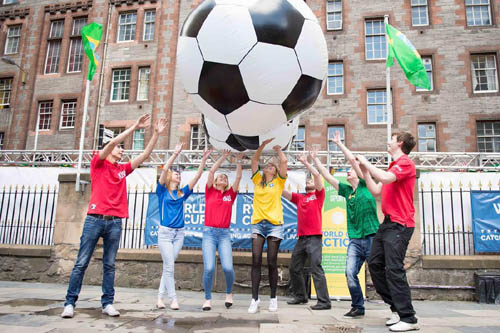 The highly anticipated World Cup is expected to be watched by millions of football fans across the globe.

Staff at the popular pub are preparing for hundreds of Scots to descend on the premises  to support their favourite football team.

General Manager Donal Hurrell said: “I still can’t quite believe we are doing this.

“We always try to create a lively environment for our customers and staff during the World Cup but I think this is by far the wildest thing we’ve done.

“I think as the games progress we will get even more nervous but change is always good and I know it will create such an exciting atmosphere while watching the matches.

“Who knows, by the 13 July I might go from Donal to Felipe and be part of our own Brazilian squad here in Edinburgh.”