A SCOTTISH company is giving its staff the day off on September 18 to vote in the independence referendum.

Direct Savings, an energy efficiency company based in Bathgate, West Lothian, is believed to be the first business in the country to make the move.

All 55 staff have been given a holiday to encourage them to cast their vote – but the managing director insists he doesn’t mind which side they back. 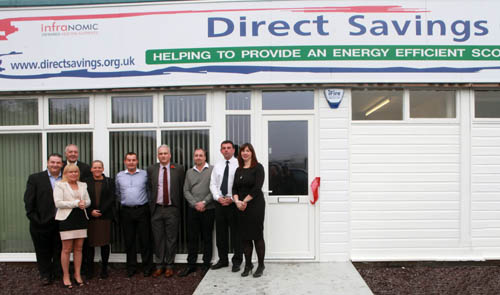 Both the Yes Scotland and Better Together campaigns have given their support to the decision.

Jed Smith, Managing Director of Direct Savings, has called on other companies in Scotland to follow his lead and do the same.

He said: “I’d be keen to see other companies follow our initiative. In fact, perhaps there is an argument for public sector organisations to make the decision to close also on September 18?”

He added: “This is a huge decision for the country and it’s absolutely essential everyone gets their say on Scotland’s future.

“The polls will be open for a long time on the day and there are other options like postal votes, but sometimes people’s plans fall through.

“We think by giving the full day off we can minimise these potential issues.”

An SNP spokesman added: “The chance to vote for an independent Scotland is the biggest opportunity people will ever have to ensure that the great wealth of our country works better for everyone who lives here, and that never again will Tory governments Scotland has rejected be foisted on us.

“The decision by Direct Savings reflects the importance of the vote, but of course it is for each and every company to decide what if anything it wants to do.”

He said: “Of course private companies can give days off to staff whenever they please, and I’m glad they’re encouraging employees to vote.

“However, we can’t have the whole country shutting down on September 18.

“Polls are open from 7am until 10pm, so flexibility is already very much built into the system, while the option of postal voting is available too.”