Deadline News
Home News Smartphone app helps disabled cross the road
Facebook
Twitter
Pinterest
WhatsApp
A SMARTPHONE app that helps disabled people cross the road has gone on trial in Scotland.
A pedestrian crossing outside the Scottish Parliament has become the first in the UK to be fitted with a “Neatebox”.
The device allows a smartphone user to trigger the button and then alerts them that it’s safe to cross. 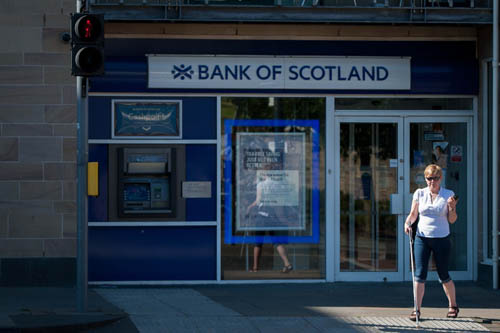 The invention could save lives because, depending on their disability, users may not be able to see or push the conventional crossing button. Some cannot hear or see that it is safe to cross.
A blind person, for example, can user the smartphone app to remotely trigger the crossing button and will then get an extra audio cue or vibration that it is safe to cross the road.
The free phone app is the brainchild of Gavin Neate, a former guide dog mobility instructor from Roslin, Midlothian.
After 18 years working with visually impaired people, Mr Neate said he wanted to create a simple aid to help them cross the road – using technology in easily accessible smart phones.
The Neatebox uses “Proximity Aware Technology” to act as a portable signal box to traffic crossings and help users safely cross busy roads. 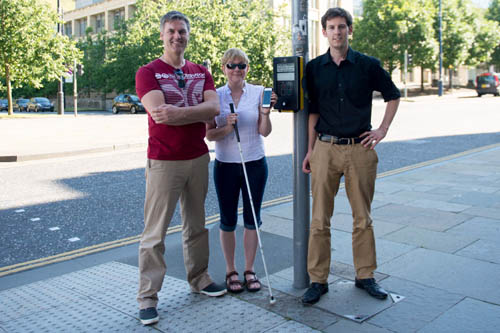 Mr Neate said: “This has been more than three years in planning and development so to finally have a Neatebox operating outside one of the most important buildings in the country is an amazing feeling.
“I’ve never wavered in my conviction that this will make a major difference to people with all sorts of disabilities.
“It remains my ambition to see a Neatebox on as many crossings in the UK as possible.”
The 45-year-old added: “I first identified this problem years ago, but at that point there wasn’t the technology to do anything about it.
“However recent advances have changed everything and I wanted to make the most of the technology already built into smart phones.”
Mr Neate gave up his job at Guide Dogs for the Blind and ploughed his life savings into his invention.
And he said his passion for the project even helped him recover from the brain haemorrhage he suffered just two months ago.
He said: “It may sound mad but when I first discovered I had a brain haemorrhage my initial reaction was fear that I might not be able to finish the project.
“My girlfriend thought I was crazy but after a few weeks I couldn’t resist getting back to the project and really think having this focus has helped speed up my recovery.”
The Neatebox app is being backed by the Blackwood Foundation – an Edinburgh-based organisation dedicating to helping disabled people and the elderly live independently.
Colin Foskett of the Foundation said: “We couldn’t be happier for Gavin.
“He had a fantastic idea and has been determined to see it through to reality.
“He is due hearty congratulations, not just for his foresight, but for his doggedness.”