Jordan Mackay, 20, was fatally wounded in South Queensferry at around 1.30am on Sunday morning.

His girlfriend Nicole Mckay, 21, said that she was waiting to wake up from the “nightmare,” and that “Jord” was “the best thing that ever happened to me”. 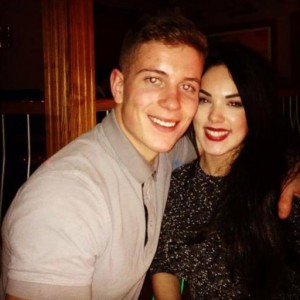 Miss Mckay also said that the couple had been planning their first holiday together to the Canary Islands.

As well as the tribute, the shop assistant posted several pictures of the two smiling and with their arms around each other.

Writing on social media, Ms Mckay said: “I still feel like I am going to wake up and it’s all going to be a nightmare. He is the best thing that ever happened to me.

“We had so many plans for the future together. Our first holiday was coming up to Gran Canaria, and we spoke about it everyday.

“I don’t know how I am going to cope without you Jord. You always looked after me. You are in a better place now angel. One day we will be together again, my hero forever. Love you alway baby, your Coles.” 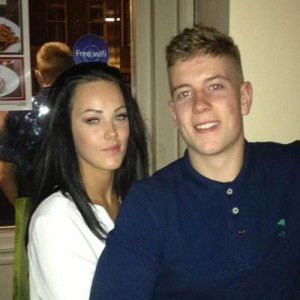 Friends of the young joiner have also taken to Facebook to pay their respects.

Rachael Moffat said: “Devastating news to hear that we have lost one of the nicest, most genuine guys I have ever met. You were a credit to everyone Jordan and you will be sadly missed.

“You will never be forgotten. RIP Jordan.”

Calvin Begbie said wrote: “RIP Jordan Mackey, great lad. Showed me a few tricks of the trade at Telford College. Thoughts with you and your family bud.”

Two people have been arrested and charged with murder following the incident at the weekend.

A 46-year-old man and 36-year-old woman were expected to appear at Edinburgh Sheriff Court yesterday (tues).