MORE than a third of Britain’s teachers say classroom behaviour is “unacceptable” and almost half believe it has got worse in the past five years.

Just under a half of UK teachers claim to have been physically threatened by a pupil and 51% admitted they have been reduced to tears by bad behaviour in the classroom.

And one in 20 teachers think the situation has got so bad they would back a return to corporal punishment. 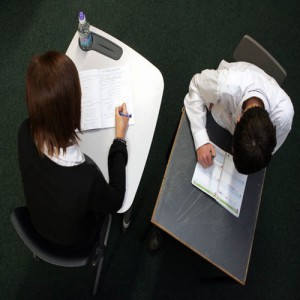 The shocking statistics, revealed by teachers’ magazineTESS, were yesterday (Friday) branded “very worrying” by the general secretary of the Scottish Secondary Teachers’ Association.

TESS asked teachers what student behaviour was like in their schools, whether it has worsened in recent years and if they felt capable of dealing with it.

36% of teachers in the UK said the standard of behaviour was unacceptable and 44% said it had got worse since 2009.

Just 54% of teachers in the UK said they felt “suitably trained and supported to deal with behaviour issues at school.”

Despite the growing problem, a substantial majority of UK teacher – 68% – strongly disagreed with the use of corporal punishment as a last resort, but 5% said they backed it.

Shockingly, 28% of female teachers in Britain said they had been the subject of sexist abuse from a pupil.

He said: “We have been consistently taking the message that behaviour is out of control to the Scottish Government and to local authority employers – we’ve done this since 2002.

“But there doesn’t seem to be a particularly great amount of interest to listen to the message.

“We need to deal with the problem in a realistic way – and there is an unwillingness in the Scottish Government to do that.

“We need something urgent and something high profile to look at behaviour in schools.”

He added: “It is obviously very worrying that teachers don’t feel supported.

“We need to stop the kidding that everything is wonderful and rosy in the garden – because it’s not.”

In February, an English teacher in Glasgow was struck off after she failed to discipline students who ate, drank, slept, listened to music and played on their mobile phones in her class.

Maria Sakkadas was fired from her job at St Paul’s High in Glasgow – with one education official branding the behaviour he had seen in her class the “worst classroom disruption of his career.”

One boy sat on his chair like a horse and shouted “Ye hah!” while another, who came out from hiding under his desk, was told by Mrs Sakkadas: “I wondered where you were.”

TESS surveyed more than 6,000 teachers in the UK, US and Australia.

In the US, 39% of teachers said school behaviour was unacceptable – compared with just 28% of Australians.

And while 49% of US teachers said things had got worse in the past five years, only 35% of Austalians agreed.