A SCOTTISH hospital ward will be the first in the world to use light in the battle against superbugs.

The lighting system, which has taken a decade of research to develop, will be left on all day in a ward at Glasgow Royal Infirmary’s Intensive Care Unit.

The light is powerful enough to kill superbugs while posing no health risk to patients. 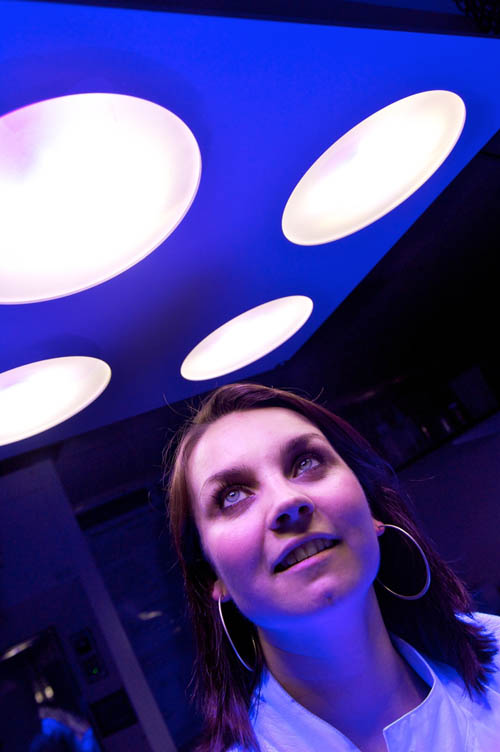 If the pilot scheme at Glasgow Royal proves successful it could slash the toll of deaths caused by superbugs – around 5,000 in Scotland in the past decade.

The technology, which has been developed by researchers at Strathclyde University, has previously been tested in single rooms at the hospital.

Fifteen of the lights have now been installed in a shared ward in ICU and will be switched on in the autumn.

The High Intensity Narrow Spectrum (HINS) light is has a wavelength of 405 nanonmetres – just above UV – and is barely visible as a violet tinge.

The light bathes the area with rays powerful enough to “excite” molecules in the bacteria and release chemicals which kill them.

HINS-light is not strong enough to damage the more complicated cells of mammals.

The creators hope the system will revolutionise hospital sterilization and be sold around the world, ultimately saving millions of lives.

Researchers have blended the HINS-lights with LED lights to produce a warm white lighting system that can be used alongside normal hospital lighting,The system is switched off at night.

Dr Michelle Maclean, one of the researchers from the University of Strathclyde, said: “The clinical trials have shown that the technology can help prevent the environmental transmission of pathogens and thereby increase patient safety. 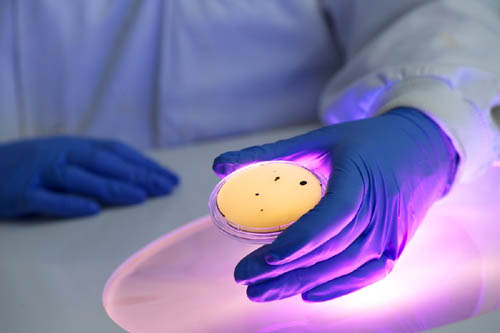 “While HINS-light is deadly to pathogens – such as MRSA, and C.diff – it is harmless to patients and staff and will allow hospitals to continuously disinfect wards and isolation rooms.”

Dr Maclean added: “This technology is to work alongside cleaners rather than replace them.

“You’ll always need cleaners because you have general debris in the environment – and cleaning is required for aesthetics as well.”

In 2012 it was revealed Scottish NHS boards have had to pay out more than £660,000 to the families of patients who died after catching hospital superbugs.

An inquiry into the outbreak was delayed this year for a fifth time to allow for responses to those criticized in the report.

Jean Turner, executive director of Scotland Patients Association, said: “I think this sounds like a great idea and congratulations to them for devising it – it’s an issue we certainly need tackled.

“This is great research. Anything that enhances the ability to keep hospitals clean is very positive.”

“This research is very encouraging and could help fight the curse of superbugs and improve hygiene levels in hospitals.

“If the trial proves successful there is no reason why this new lighting system should not be implemented across the NHS in Scotland.”