BAGPIPERS have expressed their fear over a new law which led to two US teenagers having their pipes seized by border control staff at the weekend.

Campbell Webster, 17 and Eryk Bean, 17, both from New Hampshire had their pipes seized while travelling between Canada and the US, just two days before they were due to fly to Scotland for the World Pipe Band Championships.

Mr Webster’s pipes, which were previously used by his father in his role as an official piper to the Queen, were confiscated by officials because they are made out of ivory. 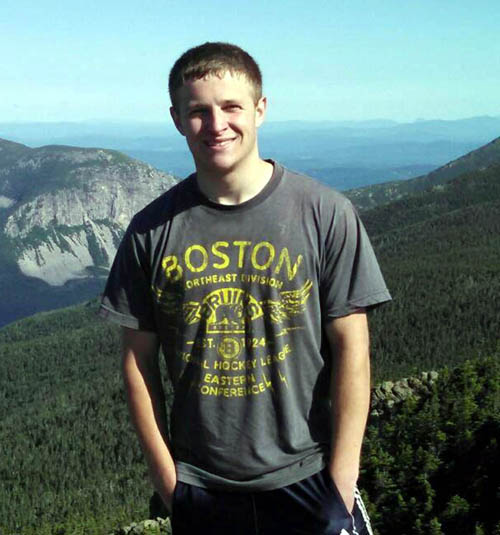 New laws brought in earlier this year mean that owners of pipes containing ivory must get a Convention on International Trade in Endangered Species (CITES) certificate from the US Fish and Wildlife Service in order to transport their pipes across borders.

And pipers hoping to travel to Scotland for the competition will have to make an appointment with officials at a “designated” port and make a declaration on their customs form.

But pipers say the confusing rules, brought in at the end of June, are causing “significant concern” – with many unsure how the new laws work.

Mr Webster, from Concord, New Hampshire, had his £6,000 bagpipes taken off him by US Border Patrol in Vermont just two days before he was due to fly to Scotland.

The teenager said he had a CITES permit but was told he needed it amended to allow him to travel through smaller border crossings.

After beginning a campaign online, Mr Webster had his pipes returned on Tuesday.

He said: “My friend and I both had our pipes seized by the US government Sunday night.

“We were told we were never going to see them again.”

“There is no way to describe the feeling watching border patrol agents seizing your bagpipes right in front of you.”

Campbell’s vintage 1936 silver and ivory Robertson pipes previously belonged to his dad Gordon Webster – pipe-major with the 1st and 2nd Battalion Scots Guards and once an official piper to Queen Elizabeth II.

An online petition to reunite the youngsters with their bagpipes attracted almost 3,000 signatures – with many supporters expressing their outrage at the seizure.

Glasgow-based piper Craig Munro, the owner of Wallace Bagpipes in Anniesland and a member of pipe band the Red Hot Chilli Pipers, offered to lend Campbell a set of pipes when he heard what had happened.

He said: “It’s been a real scare for the bagpipe community.

“But it shows the strength of the community that everyone came together to help Campbell.”

He added: “There seems to be a crackdown.

“This is the first time I have heard of anyone actually having their pipes confiscated from them.

“It’s really going to damage the antique market – because let’s be honest, what’s the point in owning an old set of pipes if you can’t take them anywhere.” 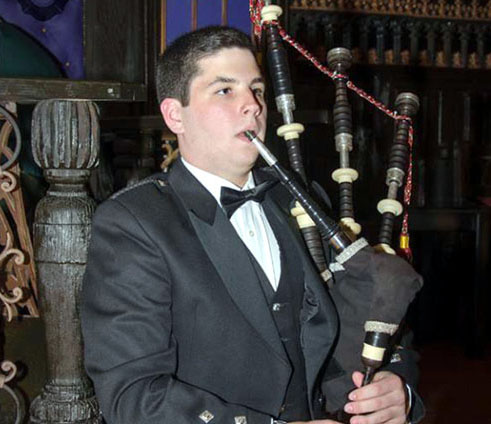 US piper Ron Bowen, who runs website The Bagpipe Place, said: “We are all very nervous over here.

“This has caused significant concern within the Canadian and US bagpipe communities. The law and its requirements are complicated and confusing.”

Stuart Milne, 24, from Aberdeenshire, will be competing in the World Championships with Stamperland Pipe Band.

He said: “This has been a bureaucratic nightmare, and the legislation seems to be quite new and not widely publicised.

“The cost and transport for these antique instruments seems excessive.

“The piping world is waiting to see what happens with this particular instance, everyone is freaked out about what will happen to these instruments when pipers are travelling from North America.”

But Ian Embleton, chief executive of the Royal Scottish Pipe Band Association, said the rules would not affect the upcoming Championships.

He said: “This seems to more of a problem in America than here.

“It’s a problem for the individuals, but I don’t see it having an impact on the World Championships.”

“Musicians should contact the port 48 hours in advance to arrange to declare their instrument and obtain Service clearance on departure or arrival.

“They should also check with the country they’re visiting to see if that nation has any requirements of its own.

“If musicians want to travel internationally from other U.S. airports or across land borders, they must also apply for a designated port exception permit and pay inspection fees.