SCOTLAND has proven a popular choice for people compiling bucket lists of things to do before they die.

More than 800 users dream of visiting Edinburgh, 106 to try a deep fried Mars Bar, 204 would like to check out the Scottish Highlands, 93 play golf at St. Andrews and 13 want to kiss famous Scot Gerard Butler.

Among the less popular Scottish goals, just five want to kiss a Scottish man, nine try Irn Bru, four want to meet the Proclaimers and only one person wants to read all of Robert Burns works. 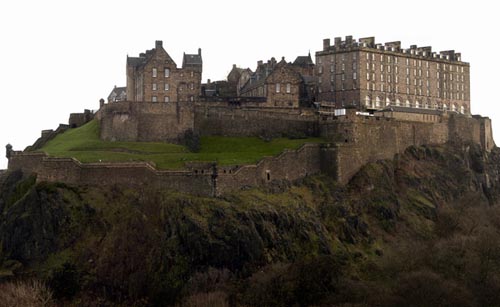 Justin McLawhorn, from Virginia, USA, said: “searching for the monster while cruising on Loch Ness” was his top pick.

Another user, Zombiegirl, from Oregan, USA, described: “watching the sunset from the battlements of a Scottish castle” as her top thing to do before she died.

Ashley Barrett, from England, had all things Scottish in his list, stating he would like to “Eat haggis in a Scottish castle with shebang listening to bagpipes, drinking whisky and reading Robert Burns poetry.”

Sara Ruthnum, Community Outreach Coordinator with Bucketlist, that has over 170,000 users, said: “Scotland is a very popular location on our website.

“We have over 4673 bucket list goals that are based in Scotland. Some of the most popular goals include visit the Isle of Skye, see Loch Ness, visit Edinburgh Castle, and eat haggis in Scotland.”

A spokeswoman from VisitScotland said: “With its rich history, breathtaking landscapes, delicious natural larder and colourful culture, Scotland is well recognised as a fantastic destination, with experiences to suit all tastes and interests.

“2014 is the year that Scotland welcomes the world as play host to major events like the recent Commonwealth Games, the Ryder Cup at Gleneagles next month and the year of Homecoming celebrations.

“This is our chance to showcase everything that is great about Scotland and encourage people from across the world to come and visit us.”