ACCIDENT-prone boys are up to three times more likely to end up in A&E departments of Scottish hospitals compared to cautious girls.

New Freedom of Information figures from Scottish health boards reveal boys of all age groups are two to three times more likely than girls to end up in A&E departments suffering a multitude of ailments. 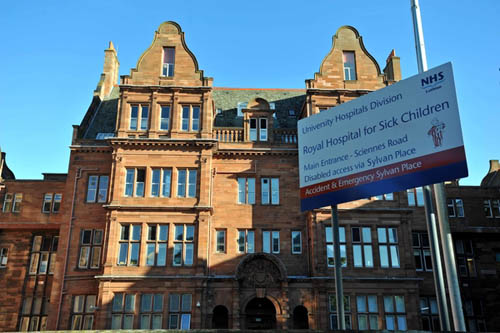 At hospitals in NHS Orkney 25% more boys than girls attended A&E in 2012/13 for “trauma, poisoning and injury”.

Over in NHS Lanarkshire, males of all ages were twice as likely to present at emergency departments due to a fracture than females, with 8390 cases from 2008-2013, compared to just 5409 girls.

Boys aged five to seven had double the number of “head injuries” over the same period, with 1297 males compared to 660 females.

Boys under five in NHS Shetland were three times more likely to suffer a bad fall than girls and were 60% more likely to have a serious wound with 310 males compared to 132 females appearing at A&E departments since 2008.

Males also presented with 25% more dislocations at the health board, from 98 females to 132 males.

Figures from NHS Western Isles show 93 males at children’s departments had head injuries, compared to 51 females from 2008 to 2013.

Scotland’s largest health board NHS Greater Glasgow and Clyde revealed in 2012/13 that under 16 males visited A&E departments at the city’s hospitals 50116 times compared to 39329 visits by girls, but was unable to break down the figures in further detail.

NHS Lothian also revealed more than double the number of females compared to male in children’s A&E departments in 2013, with 59,013 boys versus 26,058 girls.

Dr Martin McKechnie, vice chair of the College of Emergency Medicine, and consultant in Emergency Medicine at Edinburgh Royal Infirmary, said: “Boys are more reckless, take more risks and get in more scrapes. It’s an inherent behaviour in boys and all part of rough and tumble.

“It’s a balance of how you want to educate your children. We support lots of accident prevention strategies, but it also depends on what society wants.

“In principle we don’t want our children to be hurt so prevent them from being reckless, but it’s a balance as you want to allow them to go out and learn their own boundaries, and ultimately boys will be boys.”

She said: ““RoSPA is a charity that believes practical safety education for children is important. Educating them with vital safety messages and skills that will stay with them for the rest of their lives helps protect them and those around them.

“Home is the place where accidents are most likely to happen and falls are the leading cause of accidents in the home (55 per cent of accidental injuries).

“The most at-risk are those aged below five and over-65.”