A SCOTS woman is so determined to cast her vote in the independence referendum that she has quit her job in Abu Dhabi to return home to vote.

Ailsa Rolland, from Kinghorn, Fife, had been working as a high school teacher on the island in the Persian Gulf for the last four years. 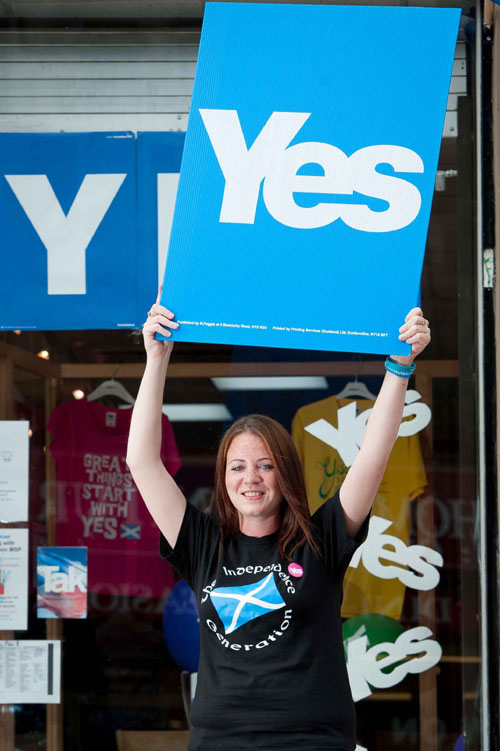 But the 27-year-old was determined not to be left out of voting, leaving her new life behind her and travelling thousands of miles.

The former Edinburgh University student, who is backing the Yes campaign, admitted her family are “very nationalist.”

Ms Rolland said: “I decided that it was time to come back home because I wanted to be counted.

“I wanted to play my part and to help the Yes campaign and I obviously wanted to be able to vote.

“I was brought up in a very nationalist family.

“My parents were very interested in history, particularly my father.

“So we did have a lot of going around battlefields and things like that.

“I know a lot about the background of our struggle for independence.”

Whilst at University, Ailsa joined the Nationalist Society and took part in debates but says being part of the Yes campaign is much more exciting. 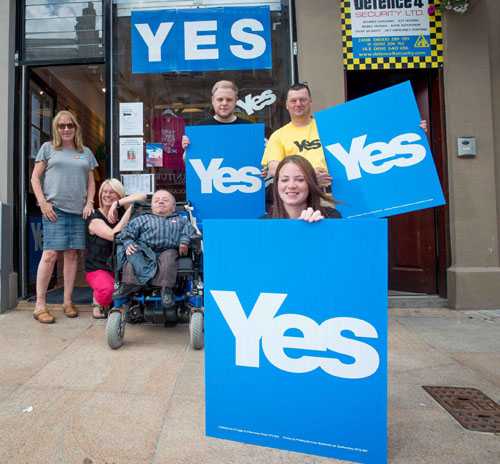 “I’d done some leafletting in the past for the SNP but I’d never done anything where I was dealing with someone face to face and it’s been very positive.

“I want to see my country run by people who live in my country and not by those who live hundreds of miles away.

“I think it should be people in this country who make the decisions.

“We should have all our powers, and money that is produced in Scotland should stay in Scotland.”

On 18 September voters will go to the polls to decide whether Scotland should become an independent country.

Only those registered to vote in Scotland will have a say.

Scots living outside Scotland, such as the 800,000 Scots living in other parts of the UK, will not.

Some, such as tennis player Andy Murray, whose Surrey postcode means he can’t cast a vote, have remained tight-lipped on the subject.

Others, such as actor Sir Sean Connery, who lives in the Bahamas, have advised their countrymen to vote “Yes”.