A SCOTS army sergeant has been given extended leave from the military – so he can play Frank Sinatra in a musical stage show.

Sergeant Moray Innes was given only four days to learn the part for his role in Sinatra: The Final Curtain after being drafted in at the last minute.

And now the singing sergeant has even been asked to audition for Britain’s Got Talent. 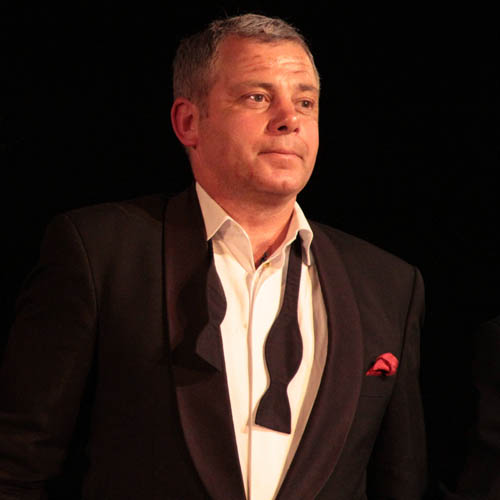 Sgt Moray Innes, who is from Edinburgh but is currently based in Catterick, North Yorkshire, starred in the show at last year’s Edinburgh Fringe Festival and is currently reviving his role for this year’s run.

Director Tony Delicata called him in at the eleventh hour after the actor due to play Sinatra this year pulled out.

Sgt Innes said: “It was the British Army to the rescue.”

And the Sergeant, who serves in the British Army in the Corp of Army Music as a saxophonist and singer, had to extent his leave in order to take the part.

The 50-year-old has been on tour with the army in recent months to Germany and Austria – and may be posted to Afghanistan in November.

It was only while he was based in Hong Kong with the military that he discovered his talent for impersonating Sinatra.

In 2003, while on active service in the second Gulf conflict, he even appeared as Sinatra in the desert to entertain troops.

In the past Sgt Innes has performed sell-out concerts with a 60 piece orchestra at the Glasgow Royal Concert Hall with his brother John “The People’s Tenor” Innes.

And now the two have been asked by impressed producers to audition for Britain’s Got Talent.

Sgt Innes said: “I only had four days to get into the role and I had to extend my holiday.

“I think I only slept about six or seven hours in the week running up to opening night – that four days was just about torture in terms of stress.”

He added: “But it’s great – and it was great of my bosses to give me the extended leave to cover the part.

Sinatra: The Final Curtain will be running throughout August at The Space venue on Nicolson Street.

The show features an 82-year-old Sinatra looking back over his life and the ups and downs of his long career.