A CONVICTED child molester is set to score a second compensation payout from Scottish prison chiefs – for his toothache.

Neil Robertson, who was described by a judge as a “dangerous psychopath”, has launched legal action against the service for not providing him with proper dental treatment.

The claim is the second time Robertson has brought legal action against the prison service after he successfully sued in 2009 for failure to provide him with an NHS dentist. The amount of compensation was never disclosed. 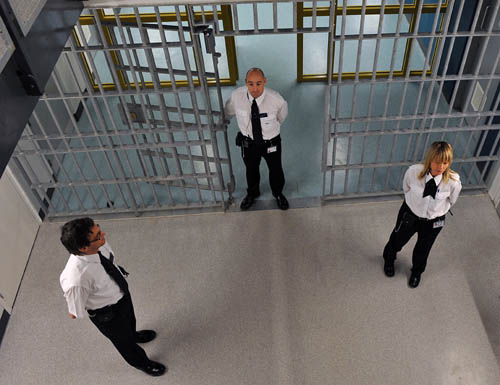 It is understood that the current case relates to alleged “negligent dental work” which he claims resulted in several teeth being removed.

Robertson is suing the for £20,000 however a spokesperson for the Scottish Prison Service (SPS) confirmed it was now pursuing an out-of-court settlement.

The 48-year-old, originally from Ayrshire, was convicted in 2003 for abusing a seven-year-old girl.

He was found to have posed as a pilot, a businessman and a qualified psychologist in an attempt to woo the child’s mother who he met online.

The inmate quickly turned his attention to the child and took photographs of himself abusing her. The judge at the trial described Robertson as a “dangerous psychopath”.

A hearing was due to be held at Peterhead Sheriff Court for the civil action last Friday but was postponed to allow more time to create a compensation plan.

North-east MSP and former shadow justice minister Lewis MacDonald the prison service must learn from this to prevent further costly action from inmates.

He said: “At the end of the day, anyone has the right to take legal action, whether they are in society or locked up in jail, but you have to ask why some who has been sent to prison for a serious crime is investing so much time and energy into making these claims.

“It doesn’t suggest he is very focused on his rehabilitation, which is what he was sent to prison for.”

Mr MacDonald continued:” The main point is that treatment of prisoners in jail has to be brought up to standard to avoid more complaints like this.”

A spokesperson from the SPS said the case had been suspended for four weeks “to allow further consideration for settlement”.

The current case follows on from Scottish prisoners successfully suing the Scottish Prison Service in 2011 for around £5m.

Prisoners claimed their human rights were breached when they had to use chamber pots instead of toilets when locked-up overnight.