SCOTS chef Gordon Ramsay has become the latest celebrity to take on the Ice Bucket Challenge.

The famous chef posted his hilarious video online yesterday after being nominated by son Jack.

Ramsay, 47, is seen wriggling around on the ground and kicking his feet in pain after being drenched in ice cubes by his children. 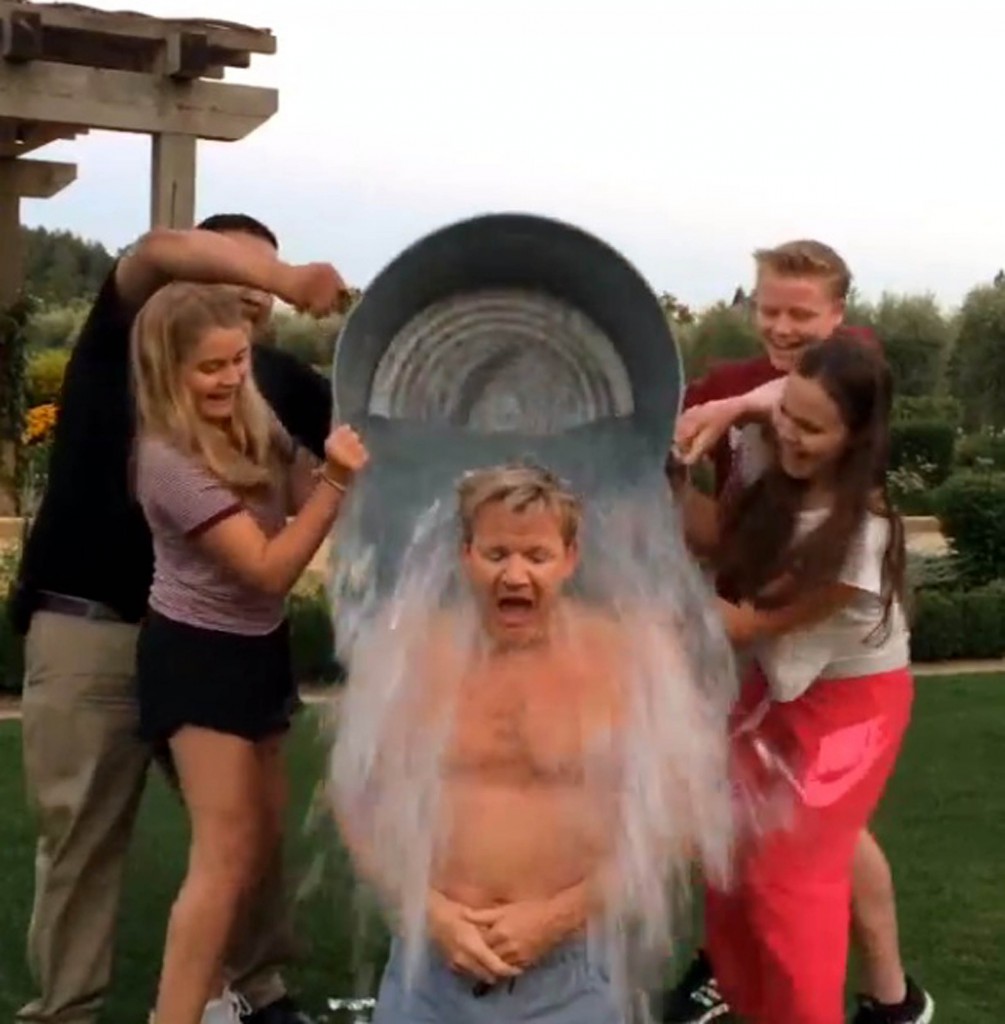 In the video clip, which has been ‘liked’ 10,000 times on the social media site Instagram, Ramsay delivers his nominations, which include three of his children and Holywood actor Bradley Copper, before getting super-soaked with the ice water.

Ramsay falls to the ground shaking before running off pulling at his drenched swimming shorts.

His children burst out laughing after soaking their dad with a huge metal bucket filled with ice.

The Ice Bucket Challenge, which raises money for motor neurone disease, has gone viral over the couple of weeks, with celebrities around the world taking it on.

The rules state that when challenged by a fellow competitor, you have 24 hours to complete it yourself, or make a donation to charity.

Stars including David Beckham, One Direction’s Niall Horan and Gwen Stafani, have taken part and so far they have raised more than £13million to help combat motor neurone disease.

Ramsay’s fans showed their support for the video.

On Instagram, Diana Escobarg, wrote: “You are courageous. Awesome.”

One user, called CtJukken, was less impressed, writing: “I thought you were a ice cold person! Hells Kitchen, you fooled me Mr Gordon Ramsay.”