A HILARIOUS video shows the moment two Scots police officers were shamed into driving away after being caught trying to trap speeding drivers in an unmarked car.

The pair are ambushed in a Glasgow street by a cameraman who demands to know why they are sitting in the unmarked car with what appears to be a speed camera.

The officers – who are wearing high visibility vests – try to insist that they are visible.

But a few seconds later they drive off – without indicated their right turn – to jeers from onlookers.

After being on Facebook for just minutes more than 550 people had shared the video and almost 1000 likes.

The embarrassed female officer sitting in the passenger seat at first looks to the two men who approach the car, but quickly turns her face away and refuses to make eye contact.

As they walk up to the car – an unmarked, black 61-reg Vauxhall – one man says: “You’re in an unmarked police car with a speed gun. You’re meant to be highly visible.” 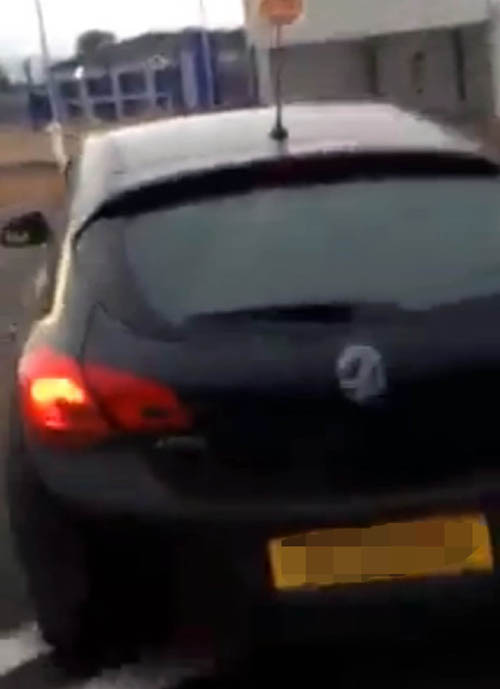 To which the young female officer replied: “We are,” pointing to her vest.

One of them men hits back: “You’re not. You’re in an unmarked car. That’s not highly visible. That’s shoulder height.”

As the officers squirm, the men point to passing cars, telling them they would not be able to identify them as police vehicles.

Despite looking embarrassed and continually looking towards her male colleague, the officer nods her head while replying quietly: “OK.” 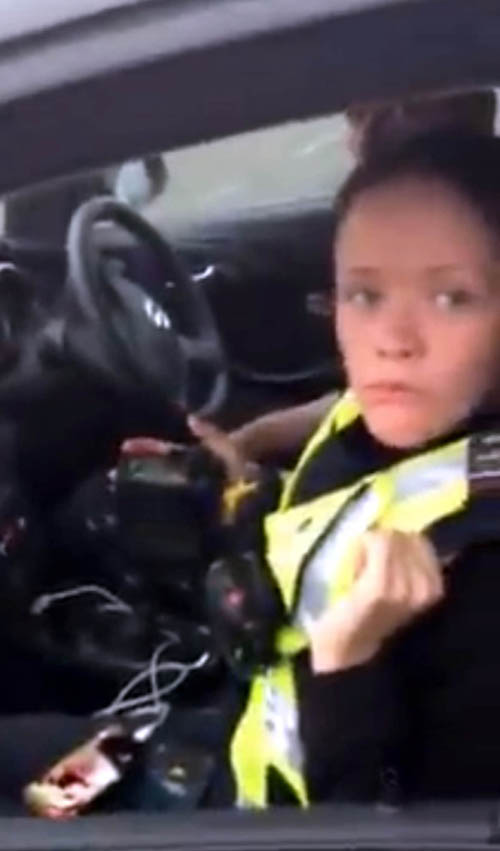 The men then warn the officers that “the next time you pull somebody” they will turn up to protest.

The female officer is then heard saying: “Ok you do that.”

Although the female officer looks to say something, again without making eye contact with the men, her partner begins to drive off.

The two men begin to laugh, with one saying: “And now you’re leaving because you know it’s entrapment.”

A Scottish Government document titled Scottish Safety Camera Programme states that: “All fixed camera sites and vehicles used for mobile camera deployment, should be clearly visible to road users and not hidden behind bridges, signs, trees, bushes or any other type of obstacle that would reduce the visibility to an approaching driver.”

It also states: “Vans or other substantive vehicles used for safety camera deployment must be clearly identifiable as such.”

The appropriately-named Darren Constable claimed: “Using the ‘law’ against people that do not understand their rights. Get yourself a little education people and stand up to this.”

Mark Melbourne claimed: “Sneaky as ever.”

Laura Kidd wrote: “Didn’t see a turn signal when they drove off back to traffic school.”