A TEACHER has been struck off after his Ryder Cup pub celebration turned into a drunken battle with paramedics.

Douglas McDougall fell and hurt himself following the bar session to celebrate Europe’s famous 2012 victory over the US.


The chemistry and maths teacher – who has a PhD from Edinburgh University – then abused the ambulance team that turned up to help him.

But a disciplinary hearing of the General Teaching Council for Scotland (GTCS) heard that he had a history of drink problems. 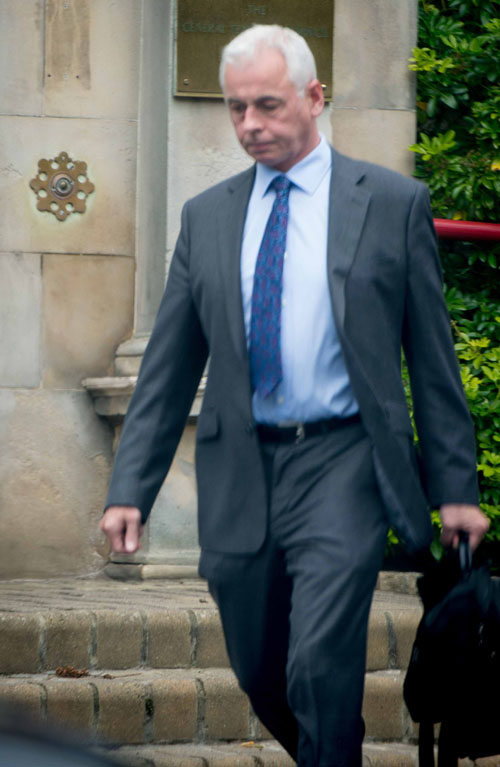 The teacher faced a further two charges in front of the GTCS relating to drink-driving and the hearing in Edinburgh was also told that he had once kicked a policeman.

The incident involving paramedics took place on September 30, 2012, when Dr McDougall went to the pub near his Hamilton home to to watch the European golf teams “miracle” comeback at Medinah, Illinois.

An ambulance was called after Dr McDougall fell and hurt his head.

The hearing was told that the teacher was admonished at Hamilton Sheriff Court in February this year after he admitted a charge that he did “assault, obstruct or hinder an Emergency Service Ambulance Technician, then responding to emergency circumstances and did shout, swear and gesticulate at them”.

Dr McDougall told the GTCS: “I insisted that I did not need any medical attention and that all I wanted to do was go home.

“I remember raising my voice and pointing to the location of my residence.”

The teacher also admitted that he had been banned from driving for four years in 2004 after he failed to give a breath test. He was banned for a further years in 2012 after driving at over twice the limit for alcohol.

Dr McDougall said: “I admit I had a drinking problem which was exacerbated by family matters over the past 10 years.

“I accept I had problems with alcohol but the likelihood of me doing this again is nil as I no longer consume alcohol and haven’t since autumn of last year.

“I am repentant for the things I have done and I am deeply ashamed the way I treated those professionals. It will stay with me forever.

“To this day I still feel a pang of anguish and shame whenever an ambulance passes me as it serves a reminder of that day and what I done.”

His lawyer Alastair Milne said: “Dr McDougall’s performance in his many years as a teacher has never been called into question. He is well respected by his colleagues and he has sought medical assistance for his alcohol problem.”

Dr McDougall took a retirement package earlier this month but wanted on the remain on the teaching register so that he could continue to provide tuition.

But Gillian Sim, case presenter for the GTCS, called for him to be struck off.

Ms Sim said there had also been an incident in 2006 when Dr McDougall kicked “a police officer in the body”. She said the incident was investigated at the time but no charges were brought forward.

She added: “The facts demonstrate that the defendant has repeatedly fallen below the standards expected.

“There is a clear pattern of inappropriate behaviour and his most recent conviction was in February of this year; just six-months ago.

“It is in the GTCS opinion that Dr McDougal be removed from the register and prohibited from reapplying for the maximum of two-years.”

Panel chairman Yusuf Segovia said: “Your actions have clearly demonstrated that there is an impairment to teach. We have decided that you will be removed from the register and prohibited from reapplying until six months.”