Staff shortages at major hospital could pose risk to patients

PATIENTS at a major Scottish hospital are at potentially “significant risk” as a result of staff shortages in accident and emergency.

The standard of care for cancer patients and the elderly at Aberdeen Royal Infirmary is also causing concern, according to initial investigation by health watchdogs.

Health Improvement Scotland (HIS) was called in to investigate the ARI after a whistleblower made allegations relating to lack of staff resources.

The senior medic claimed vulnerable patients were suffering as a result of posts not being filled. 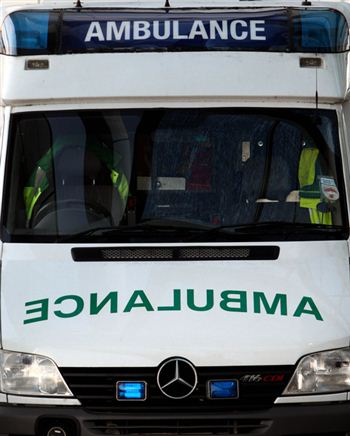 Although much of the HIS report has been redacted, investigators found cause for concern after interviewing more than 30 members of staff in March this year.

The report, revealed under Freedom of Information, includes minutes of meeting from March 31, between HIS, NHS Scotland chief executive Paul Gray, and other top-ranking officials and management at NHS Grampian.

The report states: “The review team noted that some of the issues identified appeared to be long-standing.”

Anxieties about staffing of the accident and emergency department are also revealed, noting “clear concerns” about the August changeover when experienced junior doctors move on and new staff arrive.”

The report continued: “This was exacerbated by some members of staff who have recently resigned and there was a broad acceptance that a significant risk to service delivery would result if the issues in Accident and Emergency were not effectively addressed.”

Some details of the investigation, which have been released, show the issues raised by the consultant “ranged from performance and staffing levels to the quality of care”.

The same records, that have sections blacked out, also reveal concerns were made “about the relationships between senior clinical management and clinicians in NHS Grampian”.

They also report “an allegation of particular sub-standard care within care of the elderly wards.

The document also shows NHS Grampian has struggled for two years to meet a legally binding waiting times target and recently had an “urgent review” relating to treatment for a number of cancers.”

The hospital was criticised for refusing to publish its findings in full.

A health probe was launched at ARI earlier after serious recruitment issues were exposed at the hospital, with a shortage of consultants and senior training doctors recorded in accident and emergency.

It was claimed some clinicians had become “fearful” about the way people were being treated due to a lack of resources.

900,000 hours of nursing was carried out by agency and bank staff last year as NHS Grampian struggled to attract permanent workers.

NHS Grampian was asked for all the findings of its validation exercise, including briefing materials, in the FOI request.

Scottish Labour health spokesman Neil Findlay said: “The health board should publish details of the problems along with a plan for addressing them.”

A spokesman for NHS HIS said the independent review sought by NHS Grampian was ongoing.

He added: “We believe that disclosure of certain aspects of key documents would substantially prejudice the review, and inhibit the gathering of further crucial intelligence from staff. Disclosure will also undermine the authority of the final report.”

A report on the findings is due to be published in late November.

NHS Grampian said the board had been open about the terms and scope of the review. Information is available on their website.

A Scottish Government spokeswoman said: “The rigorous approach of the independent review will fully examine any concerns about the quality of care provided and also advise on how any shortcomings can be rectified.”