HOUSEBUYERS are flocking to an unusual des res – to try out the fireman’s pole.

Joiner Kevin Wallace has put his Edinburgh bachelor pad on the market and hopes to get at least £250,000.

But while the location in upmarket Stockbridge is a big draw, most viewers are turning up for a shot on his 18ft stainless steel fireman’s pole. 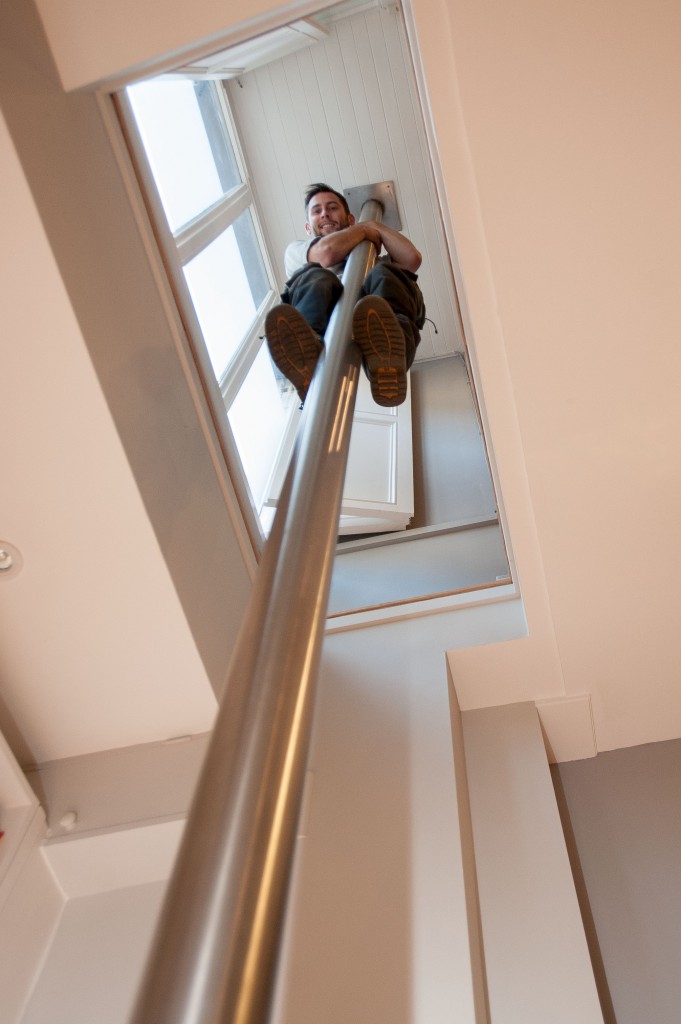 The 30-year-old joker installed the pole as a quick way to reach his basement “man cave”.

He has used it so often he can slide from the kitchen to the basement with a full cup of coffee – and not spill a drop.

Sellers DJ Alexander describe the property as a “stylish two bedroom apartment, recently been renovated, and in truly splendid condition.

They say it has a “wonderful breakfasting kitchen complete with modern fitted units and sold oak worktops”. 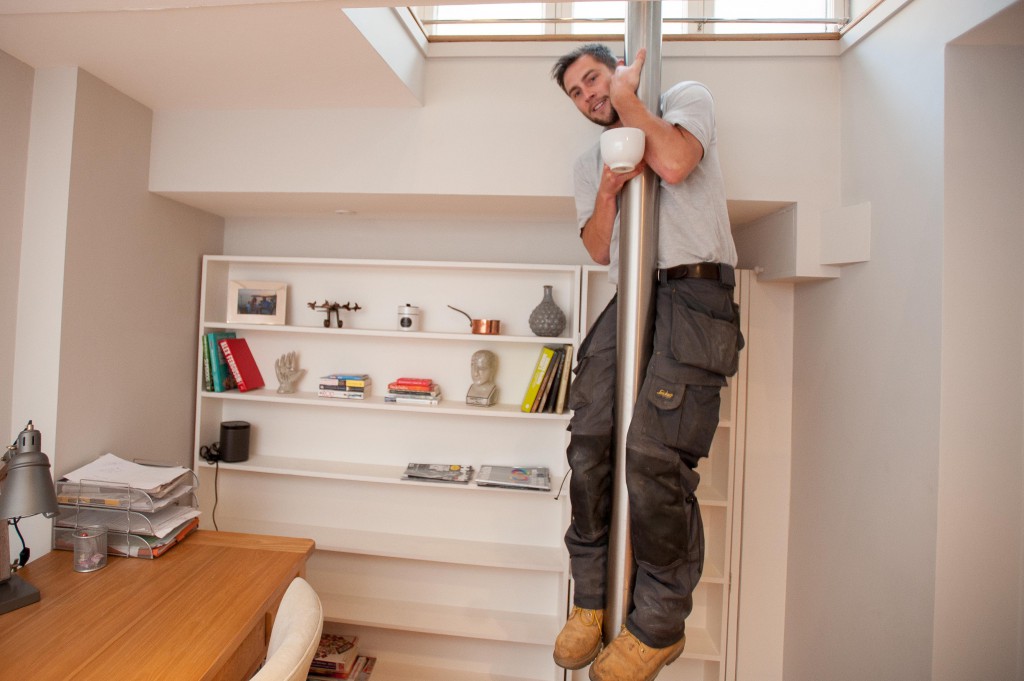 The 30-year-old from Edinburgh said: “Anyone who comes to the flat has to go down it – It’s an initiation.

“Everyone who has come to view it has been down it.”

Kevin hasn’t fitted a safety rail round the pole and admits his home is presently not the best place to bring up young children.

He said: “It’s great fun on a Saturday night when your mates are round.

“I can get down it with a cup of coffee in my hand.”

He added: “Even my gran has been down it and she loved it.

Kevin, who is the director of a joinery company, said: “I just thought, ‘Oh, wouldn’t it be cool to install a pole to simply slide down into the basement?

“As far as bachelor pads go, it ticks all the boxes.

“It’s a man cave basement, with a 55” television and you can literally get food from the kitchen and slide right down and relax on the sofa.